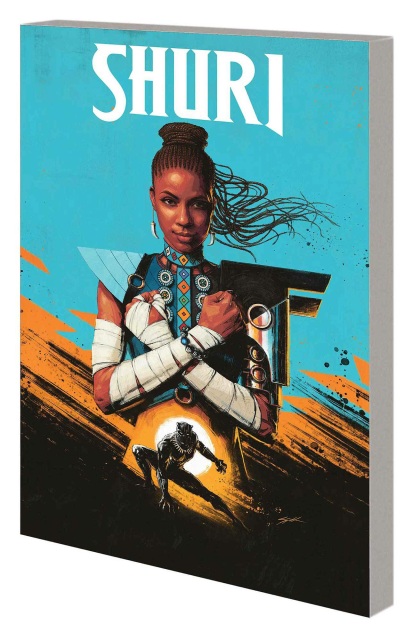 The world fell in love with her in the movie. Now, the Black Panther's techno-genius sister launches her own adventures - written by best-selling Afrofuturist author Nnedi Okorafor and drawn by Eisner-nominated artist Leonardo Romero! The Black Panther has disappeared, lost on a mission in space. And in his absence, everyone's looking at the next in line for the throne. But Shuri is happiest in a lab, surrounded by gadgets of her own creation. She'd rather be testing gauntlets than throwing them. But a nation without a leader is a vulnerable one - and Shuri may have to choose between Wakanda's welfare and her own. COLLECTING SHURI 1-5