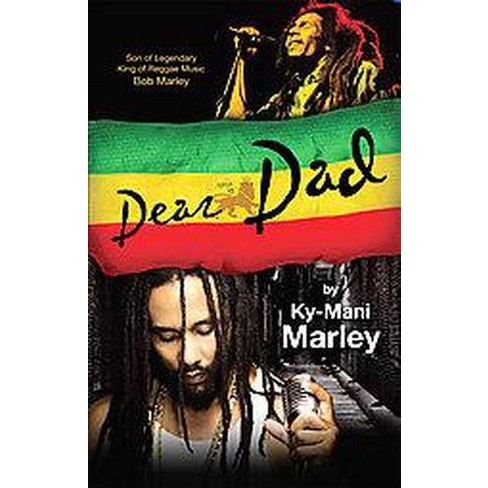 In the near thirty years since the death of the world's greatest reggae-music icon, music lovers, truth seekers and new generation social-activists alike, have flocked to the musical catalog of Bob Marley like new believers on a pilgrimage for soul inspiration. Though Marley's iconic life was cut short before his time, his legacy lives on as vibrantly as it did when he walked among us. This is not only true becauseof his timeless music, but because of the musical genius of the extraordinary children he left behind. Ky-Mani Marley, world-renown recording and performing artist (and tenth child of Marley) has not only written and performed songs of redemption around the world like his famousfather, but has lived and survived to tell us his own personally redemptive story in the face of abandonment. Marley's new memoir entitled... "Dear Dad: The Marley Son Who Persevered From The Streets To Prominence," is a compelling biographical exegesis of a son who was lockedout of his iconic Father's shelter for the first half of his life, left tothe whims and woes of Miami's violent ghetto streets. Estranged from his siblings and cut out of any financial benefit or family acknowledgement byMarley's widow and subsequent manger of his estate, young Ky-Mani Marley was determined to not be a forgotten. Young Marley knew he was the seed ofgreatness and strove mightily to survive poverty and street predators of every kind eventually establishing a musical recognition and global prominence of his own -- all through the gift of his inherit musical abilities. As you will find in this candid and compellingly told new memoir...Ky-Mani Marley discovers a boys to men rites of passage in his justice-seeking fight to redeem his blood-lined right to stand proudly as a celebrated member of his world famous family.