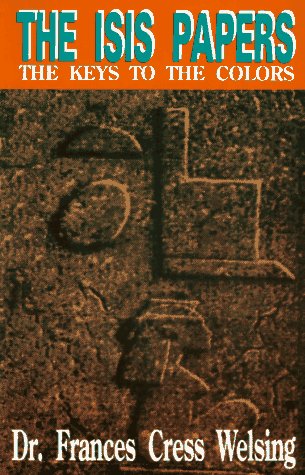 Isis Papers: The Keys to the Colors by Dr. Frances Cress Welsing

We now are nearing the final decade of the 20th century. Recently, there has been an unraveling and an analysis of the core issue of the first global power system of mass oppression-- the power system of racism (white supremacy). Once the collective victims (non-white population) understands this fundamental issue, the ultimate organizing of all of the appropriate behaviors necessary to neutralize the great injustice of the white supremacy power system will only be a matter of time. The length of time required to neutralize global white supremacy will be inversely proportional to 1) the level of understanding of the phenomenon; plus 2) the evolution of self- and group-respect, the will, determination and discipline to practice the appropriate counter-racist behaviors--on the part of the non-white victims of white supremacy."