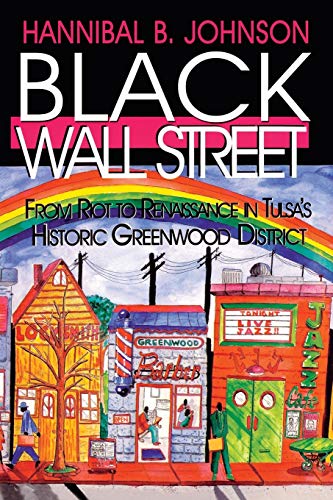 Early in the twentieth century, the black community in Tulsa- the "Greenwood District"- became a nationally renowned entrepreneurial center. Frequently referred to as "The Black Wall Street of America," the Greenwood District attracted pioneers from all over America who sought new opportunities and fresh challenges. Legal segregation forced blacks to do business among themselves. The Greenwood district prospered as dollars circulated within the black community. But fear and jealousy swelled in the greater Tulsa community. The alleged assault of a white woman by a black man triggered unprecedented civil unrest. The worst riot in American history, the Tulsa Race Riot pf 1921 destroyed people, property, hopes, and dreams. Hundreds of people died or were injured. Property damage ran into the millions. The Greenwood District burned to the ground. Ever courageous, the Greenwood District pioneers rebuilt and better than ever. By 1942, some 242 businesses called the Greenwood district home. Having experienced decline in the '60s, '70s, and early '80s, the area is now poised for yet another renaissance. Black Wall Street speaks to the triumph of the human spirit.