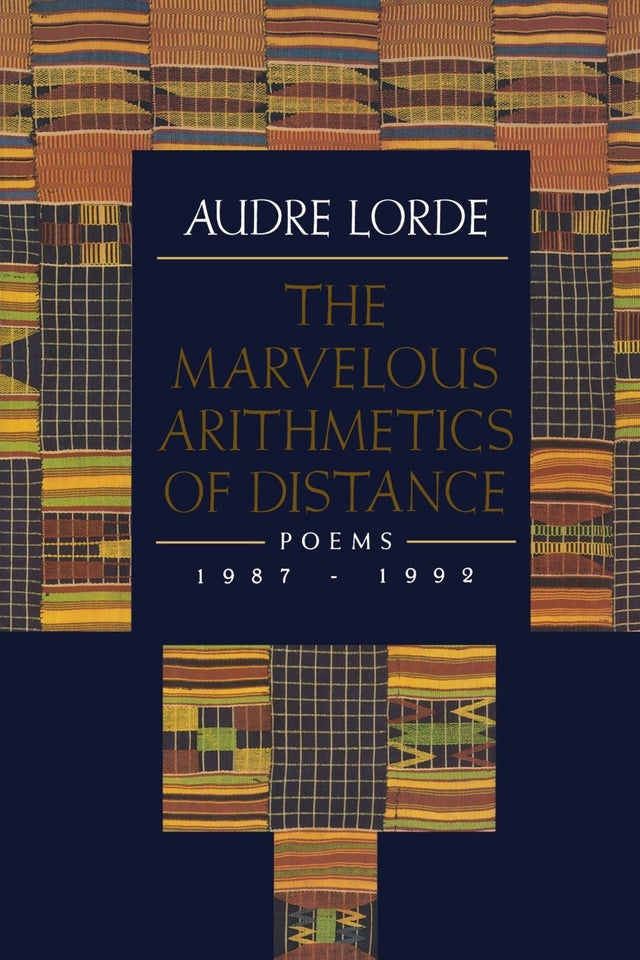 The Marvelous Arithmetics of Distance: Poems, 1987-1992 by Audre Lord

This collection, 39 poems written between 1987 and 1992, is the final volume by "a major American poet whose concerns are international, and whose words have left their mark on many lives, in the words of Adrienne Rich. Audre Lorde (1934-1992) was the author of ten volumes of poetry and five works of prose. She was named New York State Poet in 1991; her other honors include the Manhattan Borough President s Award for Excellence in the Arts. The Marvelous Arithmetics of Distance was nominated for a National Book Critics Circle Award in 1994."