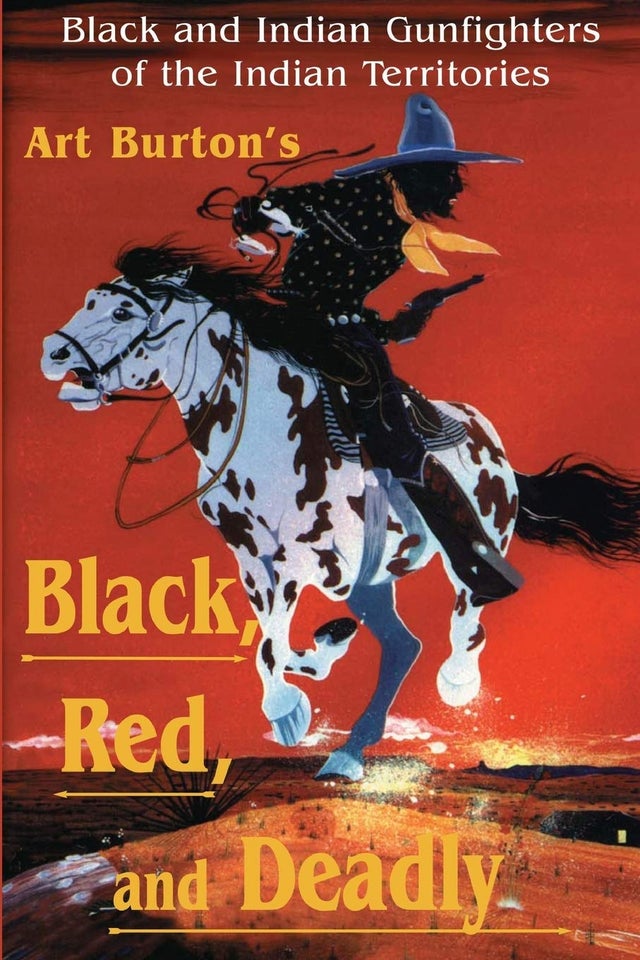 Black Red and Deadly: Black and Indian Gunfighters of the Indian Territory, 1870-1907 by Arthur T. Burton

Cherokee Bill, one of the meanest of the mean, was hanged for the murder of thirteen men by the time he was twenty. Author Art Burton recounts the exploits of Cherokee Bill and other black and Indian outlaws and lawmen in Black, Red, and Deadly, the story of law and lawlessness in the Indian Territory. He also tells of Dick Glass, the most notorious African American outlaw during the 1880s; Ned Christie, the most feared Indian outlaw of his time; the Rufus Buck gang, who gained instant notoriety with murder, plunder, and rape; as well as others who rode the trail of crime. The author introduces Ezekiel Proctor, the only man with whom the U.S. government made a treaty; Indian policemen known as "Lighthorsemen"; fearless Sam Sixkiller; black men who rode for Judge Parker, the "hanging judge," such as Grant Johnson; and Bass Reeves, the greatest manhunter of them all. African Americans were hired as peace officers because of their knowledge of Indian Territory. All-black calvary units built Fort Sill in the 1870s and kept settlers in check before the Land Run of 1889 when Oklahoma Territory was opened to settlement.