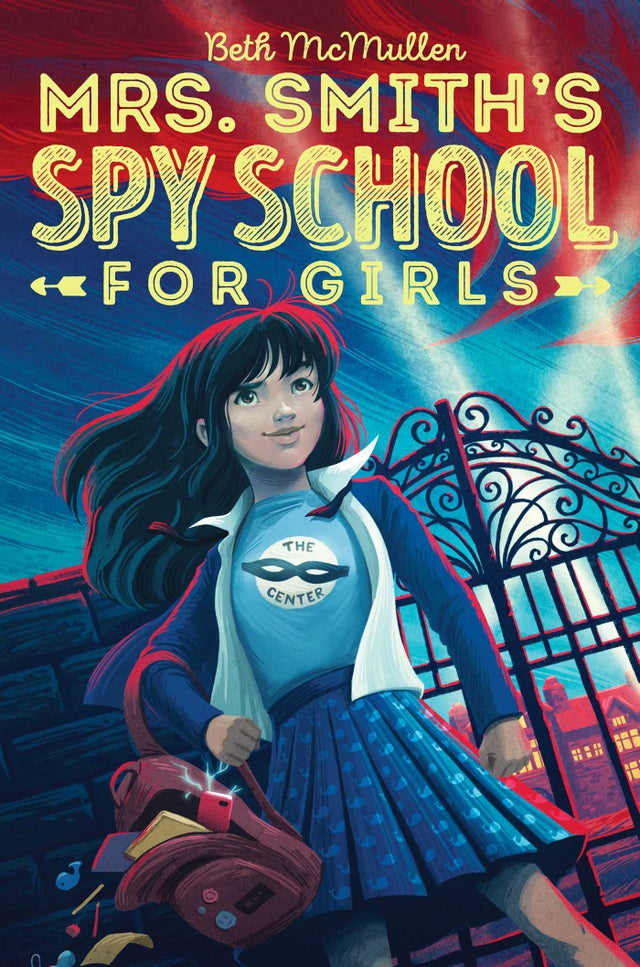 Twelve-year-old Abigail is shocked to discover her elite boarding school is really a cover for a huge spy ring, and must undergo Spy Training 101 in order to save her mother, who happens to be the spy ring's top agent.

Beth McMullen is the author of the Mrs. Smith's Spy School for Girls series and several adult mysteries. Her books have heroes and bad guys, action and messy situations. An avid reader, she once missed her subway stop and rode the train all the way to Brooklyn because the book she was reading was that good. She lives in Northern California with her family, two cats and a parakeet named Zeus, who is sick of the cats eyeballing him like he's dinner. Visit her at BethMcMullenBooks.com.Vivienne To has illustrated several books, including The Underland Chronicles by Suzanne Collins and the Randi Rhodes, Ninja Detective series by Octavia Spencer. As a child, she had two pet mice escape. She currently lives in Sydney, Australia, with her partner and her ginger cat. Visit her at VivienneTo.com.

A girl discovers her boarding school is actually an elite spy-training program, and she must learn the skills of the trade in order to find her mother in this action-packed middle grade debut that's perfect for fans of Stu Gibbs.After a botched escape plan from her boarding school, Abigail is stunned to discover the school is actually a cover for an elite spy ring called The Center, along with being training grounds for future spies. Even more shocking? Abigail's mother is a top agent for The Center and she has gone MIA, with valuable information that many people would like to have--at any cost. Along with a former nemesis and charming boy from her grade, Abigail goes through a crash course in Spy Training 101, often with hilarious--and sometimes painful--results.But Abigail realizes she might be a better spy-in-training than she thought--and the answers to her mother's whereabouts are a lot closer than she thinks...