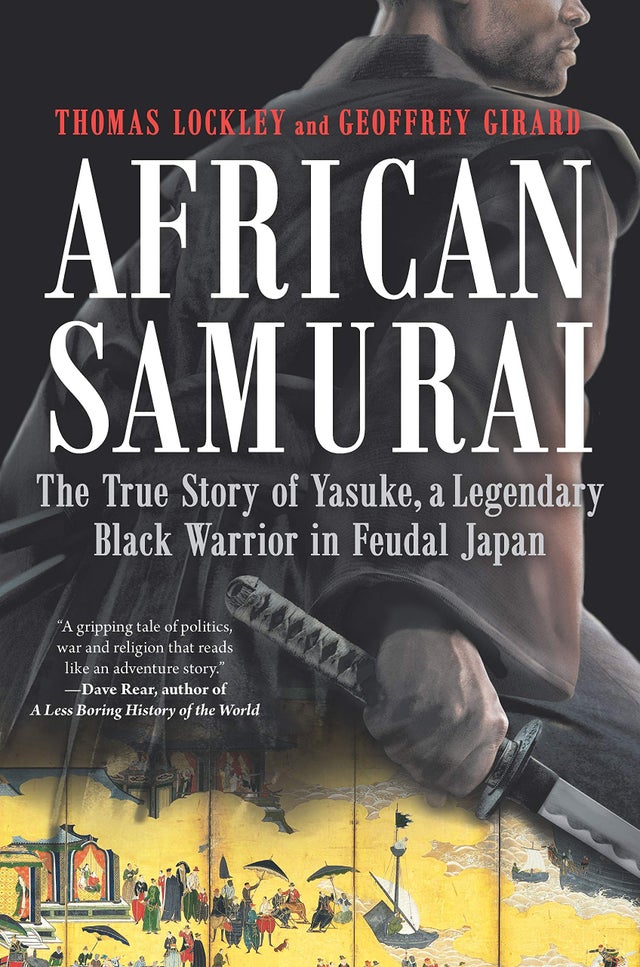 "With fast-paced, action-packed writing, Lockley and Girard offer a new and important biography and an incredibly moving study of medieval Japan and solid perspective on its unification. Highly recommended." --Library Journal (starred review)"This fact-checked portrait of an often-mythologized warrior with manga and anime variations is an exciting and illuminating tale of action and intrigue. Fans of manga and anime will enjoy reading this excellent work of Japanese history." --Booklist (starred review)"A readable, compassionate account of an extraordinary life." --The Washington Post"Eminently readable.... The solid scholarship on and imaginative treatment of Yasuke's life make this both a worthwhile and entertaining work." --Publishers Weekly"A rich portrait of a brutal age." --Kirkus Reviews"A gripping tale of politics, war and religion that reads like an adventure story." -- Dave Rear, author of A Less Boring History of the World"The time has come for history to embrace the amazing story of Yasuke. In African Samurai words flex their muscles and pay tribute to a man of physical strength and combat skills. The writing is seductive and the reader sees the world through Yasuke's eyes. There is much to learn about the wonder of his life, and his story is a sharp blade cutting into invisibility." --E. Ethelbert Miller"This book is not only the best account in English of Yasuke, the famous African samurai. It's also a delightful introduction to the vibrant and multicultural world of Asian maritime history. Written novelistically, with a light scholarly touch... Exciting and informative!" --Tonio Andrade, author of The Gunpowder Age"Rarely do I read a book that challenges my worldview of history, but African Samurai certainly alters my understanding of African and Japanese history. African Samurai gripped me from the opening sentence -- a unique story of a unique man, and yet someone with whom we can all identify." --Jack Weatherford, author of Genghis Khan and the Making of the Modern World"African Samurai sounds like a novel, a freaking amazing novel. But Yasuke is real, and Lockley and Girard bring him and his world to life with incredible research and style. Yasuke may have lived in the 1500s, but he is a hero for our modern world. Seriously...when is the movie?" --Bret Witter, #1 New York Times bestselling co-author of The Monuments Men

Warrior. Samurai. Legend."A readable, compassionate account of an extraordinary life." -- The Washington PostThe remarkable life of history's first foreign-born samurai, and his astonishing journey from Northeast Africa to the heights of Japanese society.When Yasuke arrived in Japan in the late 1500s, he had already traveled much of the known world. Kidnapped as a child, he had ended up a servant and bodyguard to the head of the Jesuits in Asia, with whom he traversed India and China learning multiple languages as he went. His arrival in Kyoto, however, literally caused a riot. Most Japanese people had never seen an African man before, and many of them saw him as the embodiment of the black-skinned (in local tradition) Buddha. Among those who were drawn to his presence was Lord Nobunaga, head of the most powerful clan in Japan, who made Yasuke a samurai in his court. Soon, he was learning the traditions of Japan's martial arts and ascending the upper echelons of Japanese society.In the four hundred years since, Yasuke has been known in Japan largely as a legendary, perhaps mythical figure. Now African Samurai presents the never-before-told biography of this unique figure of the sixteenth century, one whose travels between countries, cultures and classes offers a new perspective on race in world history and a vivid portrait of life in medieval Japan.