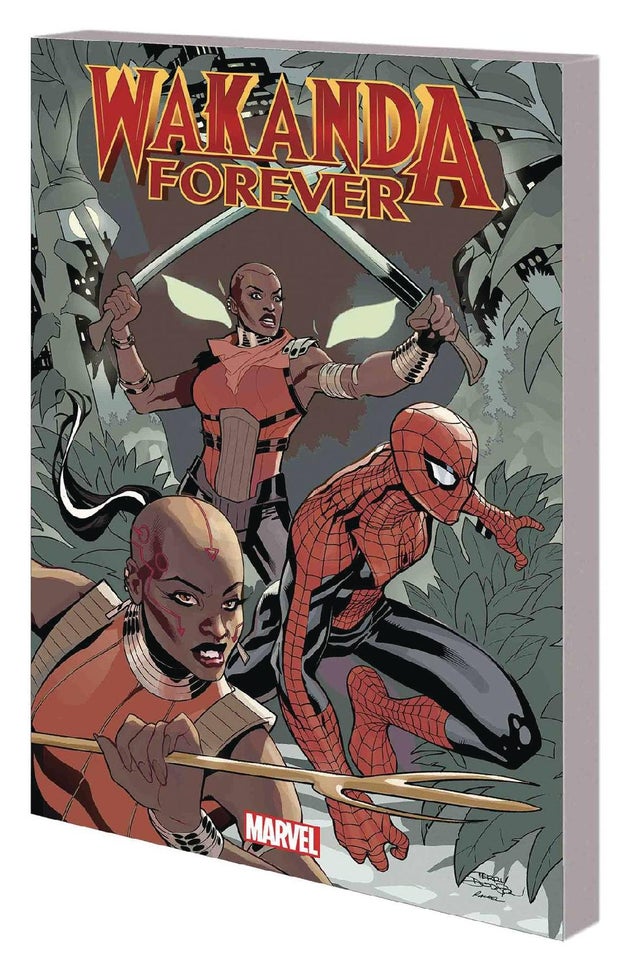 This graphic novel has been signed by the author

The Dora Milaje are venturing out of Wakanda - and adventuring across the Marvel Universe! It's Wakanda's best warriors - Okoye, Ayo and Aneka - on a globe-trotting mission to protect the realm at any cost. When they discover a threat from their homeland causing trouble in New York, they'll leap into action - with or without their king. And that brings them to Spider-Man's friendly neighborhood! But former Dora Milaje member Nakia, A.K.A. Malice, has set a trap to lure the Black Panther into her obsessive clutches - beginning by taking out his one true love, Storm of the X-Men! And when T'Challa joins the fight, he brings a few mighty friends with him - and that means Okoye, Ayo and Aneka will assemble alongside the Avengers! Collecting AMAZING SPIDER-MAN: WAKANDA FOREVER, X-MEN: WAKANDA FOREVER and AVENGERS: WAKANDA FOREVER and BLACK PANTHER ANNUAL #1.