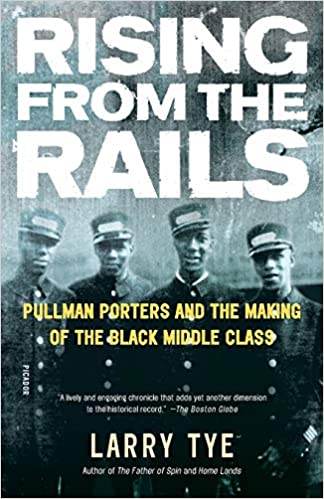 When George Pullman began recruiting Southern blacks as porters in his luxurious new sleeping cars, the former slaves suffering under Jim Crow laws found his offer of a steady job and worldly experience irresistible. They quickly signed up to serve as maid, waiter, concierge, nanny, and occasionally doctor and undertaker to cars full of white passengers, making the Pullman Company the largest employer of African Americans in the country by the 1920s.Drawing on extensive interviews with dozens of porters and their descendants, Larry Tye reconstructs the complicated world of the Pullman porter and the vital cultural, political, and economic roles they played as forerunners of the modern black middle class. Rising from the Rails provides a lively and enlightening look at this important social phenomenon.- Named a Recommended Book by The Boston Globe, San Francisco Chronicle, and The Seattle Times