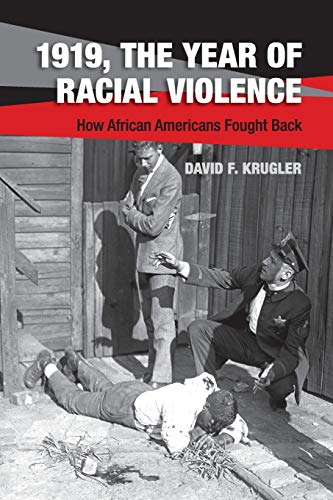 1919, The Year of Racial Violence by David Krugler

1919, The Year of Racial Violence recounts African Americans' brave stand against a cascade of mob attacks in the United States after World War I. The emerging New Negro identity, which prized unflinching resistance to second-class citizenship, further inspired veterans and their fellow black citizens. In city after city - Washington, DC; Chicago; Charleston; and elsewhere - black men and women took up arms to repel mobs that used lynching, assaults, and other forms of violence to protect white supremacy; yet, authorities blamed blacks for the violence, leading to mass arrests and misleading news coverage. Refusing to yield, African Americans sought accuracy and fairness in the courts of public opinion and the law. This is the first account of this three-front fight - in the streets, in the press, and in the courts - against mob violence during one of the worst years of racial conflict in U.S. history.