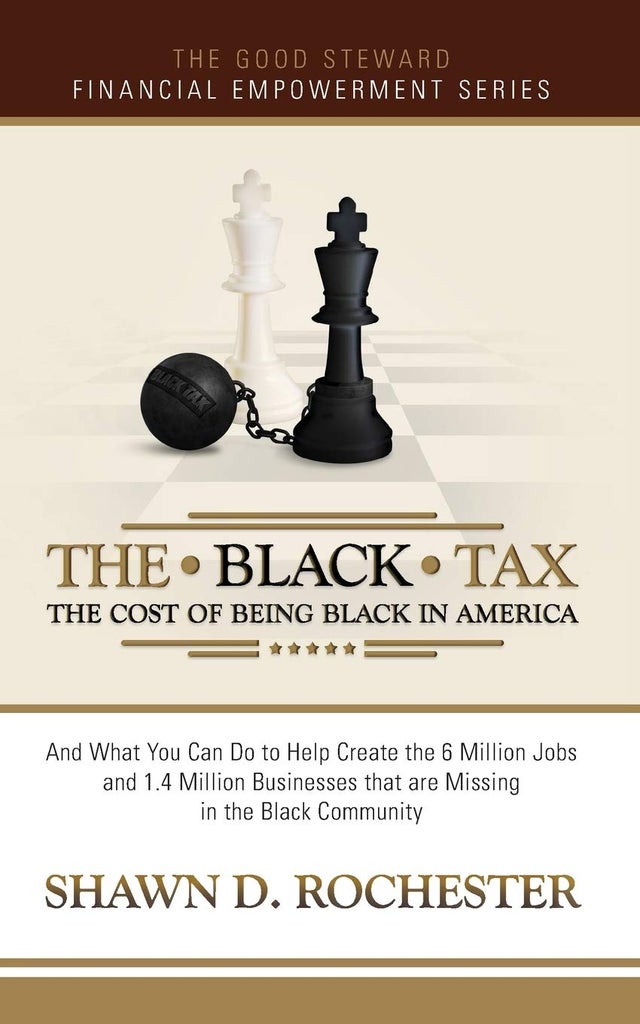 The Black Tax by Shawn Rochester

Check out his book trailer here:

While Black Americans have long felt the devastating effects of anti-black discrimination, they have often had great difficulty articulating and substantiating both the existence and impact of that discrimination to an American public who is convinced that it no longer exists. Professionals in academia, the media, and the business community, along with people in the general public have struggled to explain the significant and persistent gaps (in wealth, employment, achievement and poverty) between Black and White communities in what they perceive to be a post racial America.In his new book The Black Tax: The Cost of being Black in America, Shawn Rochester shows how The Black Tax (which is the financial cost of conscious and unconscious anti-black discrimination), creates a massive financial burden on Black American households that dramatically reduces their ability to leave a substantial legacy for future generations. Mr. Rochester lays out an extraordinarily compelling case which documents the enormous financial cost of current and past anti-black discrimination on African American households. The Black Tax, provides the fact pattern, data and evidence to substantiate what African Americans have long experienced and tried to convey to an unbelieving American public.Backed by an exceptional amount of research, Mr. Rochester not only highlights the extraordinary cost of the discrimination that African Americans currently face, but also explores the massive cost of past discrimination to explain why after 400 years Black Americans own only about 2% of American wealth. He then establishes a framework that Black Americans and other concerned parties can use to eliminate this tax and help create the 6 million jobs and 1.4 million businesses that are missing from the Black community.The Black Tax takes the reader through a complete paradigm shift that causes the reader to evaluate all forms of spending and investment in terms of the number of jobs created or businesses developed within the Black community.The Black Tax is immensely informative, thoroughly engaging and makes one of the most compelling and effective cases to commercialize Black businesses since the founding of the Negro Business League in 1910.