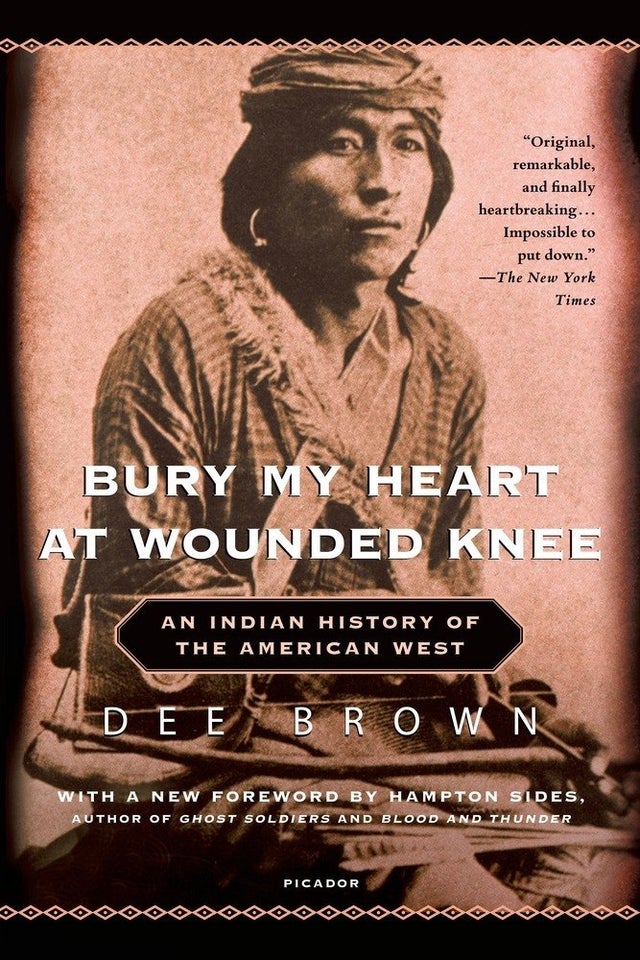 Bury My Heart at Wounded Knee: An Indian History of the American West by Dee Brown

First published in 1970, Bury My Heart at Wounded Knee is Dee Brown's eloquent, meticulously documented account of the systematic destruction of American Indians during the second half of the nineteenth century. A national bestseller in hardcover for more than a year after its initial publication, it has sold almost four million copies and has been translated into seventeen languages.Using council records, autobiographies, and firsthand descriptions, Brown introduces readers to great chiefs and warrors of the Dakota, Ute, Sioux, Cheyenne, and other tribes, revealing in heartwrenching detail the battles, massacres, and broken treaties that methodically stripped them of freedom. A forceful narrative still discussed today as revelatory and controversial, Bury My Heart at Wounded Knee permanently altered our understanding of how the American West came to be defined.