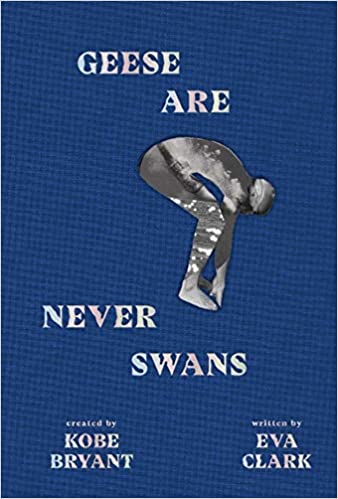 Kobe Bryant was an Academy Award winner, a New York Times best-selling author, and the CEO of Granity Studios, a multimedia content creation company. He was also a five-time NBA champion, two-time NBA Finals MVP, NBA MVP, and two-time Olympic gold medalist. Above all else, he was a loving husband and a doting father to four girls. In everything he built, Kobe was driven to teach the next generation how to reach their full potential. He believed in the beauty of the process, in the strength that comes from inner magic, and in achieving the impossible. His legacy continues today.Eva Clark is a psychologist and an award-winning young adult novelist. As a psychologist, she focuses on mental health, social justice, and sports. As an author, her focus is on creating stories that help young people discover their best selves. She lives in California with her family.

"Packed full of emotion. . . . An influential read with a powerful message."--BooklistWhether goose or swan, I have wings. And I'll fly.Gus's life is about one thing--swimming. And he knows that the only coach in town who can get him to the Olympics is Coach Marks. So it seems like a simple plan: convince Coach Marks to train him, and everything from there on in is just hard work. Gus has never been afraid of hard work.But there are a few complications. For one thing, Coach Marks was Danny's coach. Danny, Gus's brother, committed suicide after failing to make the national swimming team--a big step on the way to the Olympics. And for another, Gus and Danny didn't exactly get along; Gus never liked living in Danny's shadow. A shadow that has grown even bigger since his death.In this powerful novel about the punishing and the healing nature of sports, Gus's rage threatens to swallow him at every turn. He's angry at his brother, his mother, his coach . . . even himself. But as he works toward his goal and through his feelings, Gus does everything he can to channel this burning intensity into excelling at the sport that he and Danny both loved, and finds solace in the same place he must face his demons: in the water.In addition to Gus's incredible narrative, there are four pieces of original art featured in Geese Are Never Swans. The art was curated by TaskForce, a creative agency that collaborates with the most influential nonprofits, brands, and people taking on the most pressing challenges facing our nation and our world. TaskForce builds capacity and community for those shaping a more empathetic society through public opinion and policy. The artists' interpretations of their work are included in the book.