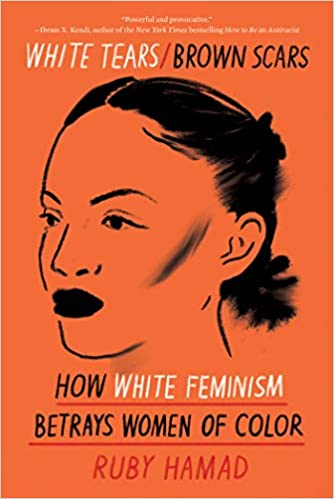 A welcome voice that addresses a long misunderstood and often overlooked issue. The last book that address this was "When and Where I Enter" by Paula Giddings.

The central argument of this canon-transforming book suggests that white feminism is more closely aligned with the patriarchy and white supremacy than with intersectional, inclusive feminism that includes a concern for the rights and wellbeing of Black and Indigenous women, and women of color.

This propulsive social history deconstructs the relationship between white women and women of color, and how that relationship has been a key weapon in the oppression of black and brown people

This book's origin came after Ruby Hamad's Guardian Australia article, How white women use strategic tears to silence women of colour, went viral with over a million views, and became a global flashpoint for conversations on feminism and racism. After a television journalist lost her job from sharing the article to her private Facebook, Hamad embarked on a larger exploration on the pervasive damage of white women's tears on women of color

Hamad explores what happens when racism and sexism collide by looking at the historical construction of race and gender in settler/colonial societies, the (often sexualized) archetypes women of color have been forced into, and how this binary representation continues to oppress women of color to this day

In part, the book functions as a validation of the experiences of trauma and gaslighting that women of color share: In Hamad's words, "Doing my bit to ensure as many women of color as possible don't get crushed is the purpose of this book."

This book is for white people, who will benefit from the analysis and context of their role in the system of white supremacy as both oppressed and oppressor, and that structural change is impossible as long as they maintain their grip on white privilege

The title was inspired by Black Skin, White Masks by Frantz Fanon, as well as the dichotomy presented throughout the book, where the tears may be white, but the suffering behind them is only felt by people of color

Ruby Hamad lives in Australia, where the book has released to great acclaim