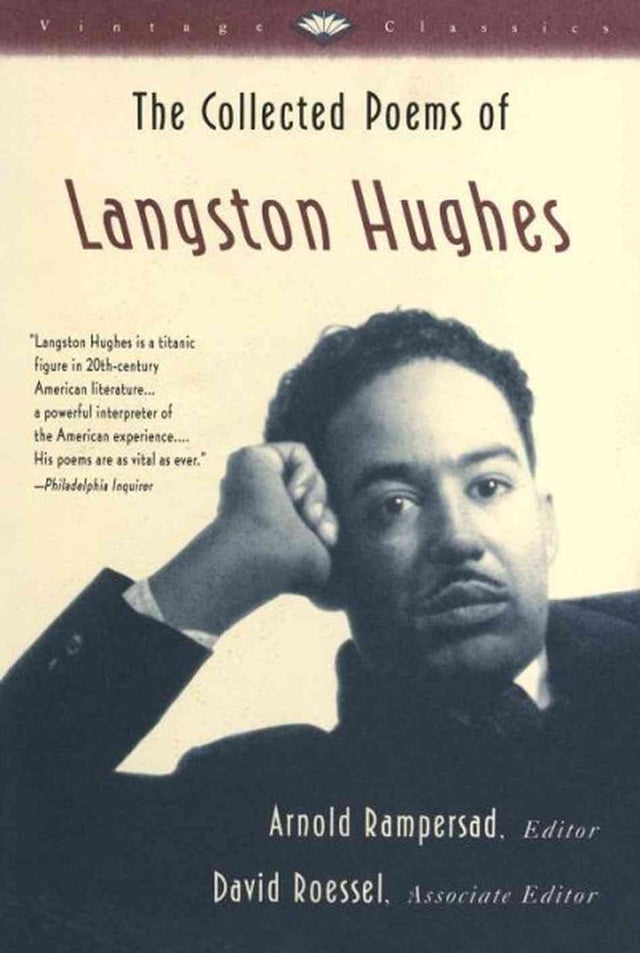 Spanning five decades and comprising 868 poems (nearly 300 of which have never before appeared in book form), this magnificent volume is the definitive sampling of a writer who has been called the poet laureate of African America--and perhaps our greatest popular poet since Walt Whitman. Here, for the first time, are all the poems that Langston Hughes published during his lifetime, arranged in the general order in which he wrote them and annotated by Arnold Rampersad and David Roessel.

Alongside such famous works as "The Negro Speaks of Rivers" and Montage of a Dream Deferred, The Collected Poems includes the author's lesser-known verse for children; topical poems distributed through the Associated Negro Press; and poems such as "Goodbye Christ" that were once suppressed. Lyrical and pungent, passionate and polemical, the result is a treasure of a book, the essential collection of a poet whose words have entered our common language.