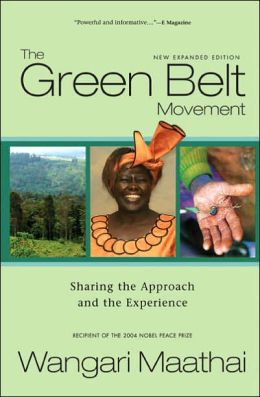 The Green Belt Movement is an internationally acclaimed tree-planting movement founded by Kenyans and run by and for Kenyans. The organization, which has planted millions of trees throughout East Africa in order to provide sources of fuel, food and a way to stop soil erosion and environmental degradation, is one example of an indigenous movement working to influence Africa's future. Many of its workers are women. In The Green Belt Movement, founder Wangari Maathai, tells its story: why it started, how it operates, and where it is going. She includes the philosophy behind it, its challenges and objectives, and the specific steps involved in starting a similar grassroots environmental and social justice organization. The Green Belt Movement is the inspiring story of people working at the grassroots level to improve their environment and their country. Their story offers ideas about a new and hopeful future for Africa and the rest of the world.