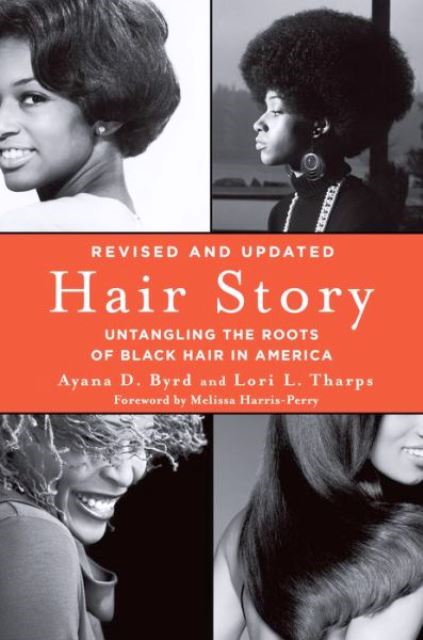 Two world wars, the Civil Rights movement, and a Jheri curl later, Blacks in America continue to have a complex and convoluted relationship with their hair. From the antebellum practice of shaving the head in an attempt to pass as a free person to the 1998 uproar over a White third-grade teacher's reading of the book Nappy Hair, the issues surrounding African American hair continue to linger as we enter the twenty-first century.

Hair Story is a historical and anecdotal exploration of Black Americans' tangled hair roots. A chronological look at the culture and politics behind the ever-changing state of Black hair from fifteenth-century Africa to the present-day United States, it ties the personal to the political and the popular.Read about:* Why Black American slaves used items like axle grease and eel skin to straighten their hair.

* How a Mexican chemist straightened Black hair using his formula for turning sheep's wool into a minklike fur.

* How the Afro evolved from militant style to mainstream fashion trend.

* What prompted the creation of the Jheri curl and the popular style's fall from grace.

* The story behind Bo Derek's controversial cornrows and the range of reactions they garnered.Major figures in the history of Black hair are presented, from early hair-care entrepreneurs Annie Turnbo Malone and Madam C. J. Walker to unintended hair heroes like Angela Davis and Bob Marley. Celebrities, stylists, and cultural critics weigh in on the burgeoning sociopolitical issues surrounding Black hair, from the historically loaded terms good and bad hair, to Black hair in the workplace, to mainstream society's misrepresentation and misunderstanding of kinky locks.Hair Story is the book that Black Americans can use as a benchmark for tracing a unique aspect of their history, and it's a book that people of all races will celebrate as the reference guide for understanding Black hair.