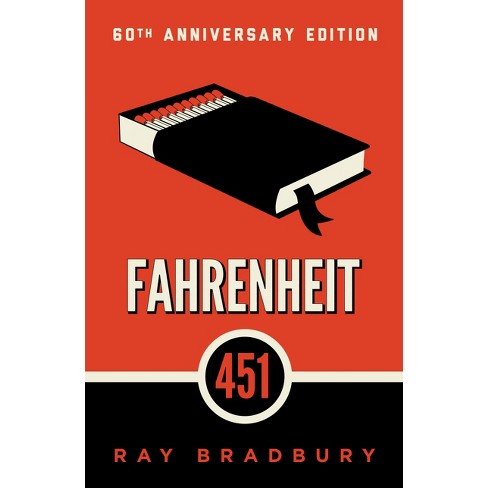 Originally published in 1951.;Fahrenheit 451-- the temperature at which book paper catches fire, and burns--.;The sixtieth-anniversary edition commemorates Ray Bradbury's masterpiece with a new introduction by Neil Gaiman;personal essays on the genesis of the novel by the author;a wealth of critical essays and reviews by Nelson Algren, Harold Bloom, Margaret Atwood, and others;rare manuscript pages and sketches from Ray Bradbury's personal archive--Cover p. [4].;In a future totalitarian state where books are banned and destroyed by the government, Guy Montag, a fireman in charge of burning books, meets a revolutionary schoolteacher who dares to read and a girl who tells him of a past when people did not live in fear.