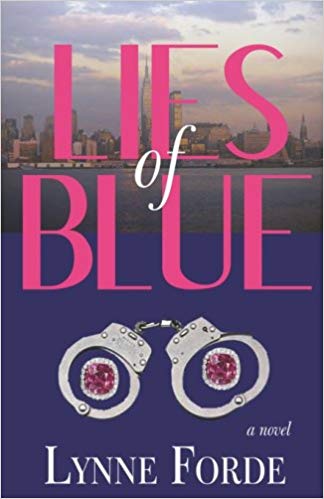 What is the price for fulfilling your dream? Lies of Blue is the story about Lynne Forde, a young woman who tries to reach her dream by making sacrifices. Somewhere along the line, the wrong sacrifices get made. It's Training Day meets OZ with a twist of Set It Off. When Forde gets tired of her dead end job in the City Courts, she embarks on a career in the belly of the beast. With a degree in hand and a little bit of street sense, she decides to try her hand working in River's Edge Jail Complex. From day one at the Academy to her last day at Prison, Forde evolves from your average rookie into something other than just a woman. To make matters worse, if you put a sexual being in the midst of some of the city's most conniving men and women, you are bound to come up with something a little kinky and very destructive. The more dangerous the game became, the more erotic the encounters became. She goes from Officer, to Hustler, to Vic, to CEO in a matter of 8 years. Lies of Blue is an expose of what goes on in the belly of the beast, through the eyes of one woman. Lies of Blue teaches you that there are so many people you may come across in life, you never know who is real and who is fake, but that the journey can become a battle of life or death. Choose wisely. What is the price for fulfilling your dream?