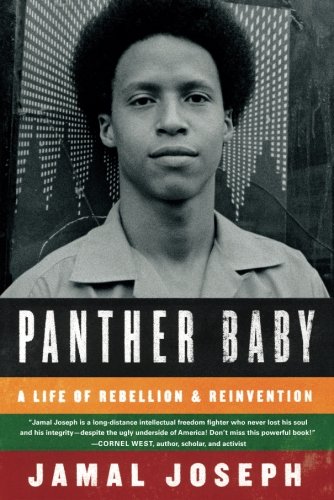 In the 1960s he exhorted students at Columbia University to burn their college to the ground. Today he's chair of their School of the Arts film division. Jamal Joseph's personal odyssey--from the streets of Harlem to Riker's Island and Leavenworth to the halls of Columbia--is as gripping as it is inspiring.Eddie Joseph was a high school honor student, slated to graduate early and begin college. But this was the late 1960s in Bronx's black ghetto, and fifteen-year-old Eddie was introduced to the tenets of the Black Panther Party, which was just gaining a national foothold. By sixteen, his devotion to the cause landed him in prison on the infamous Rikers Island--charged with conspiracy as one of the Panther 21 in one of the most emblematic criminal cases of the sixties. When exonerated, Eddie--now called Jamal--became the youngest spokesperson and leader of the Panthers' New York chapter.He joined the "revolutionary underground," later landing back in prison. Sentenced to more than twelve years in Leavenworth, he earned three degrees there and found a new calling. He is now chair of Columbia University's School of the Arts film division--the very school he exhorted students to burn down during one of his most famous speeches as a Panther.In raw, powerful prose, Jamal Joseph helps us understand what it meant to be a soldier inside the militant Black Panther movement. He recounts a harrowing, sometimes deadly imprisonment as he charts his path to manhood in a book filled with equal parts rage, despair, and hope.