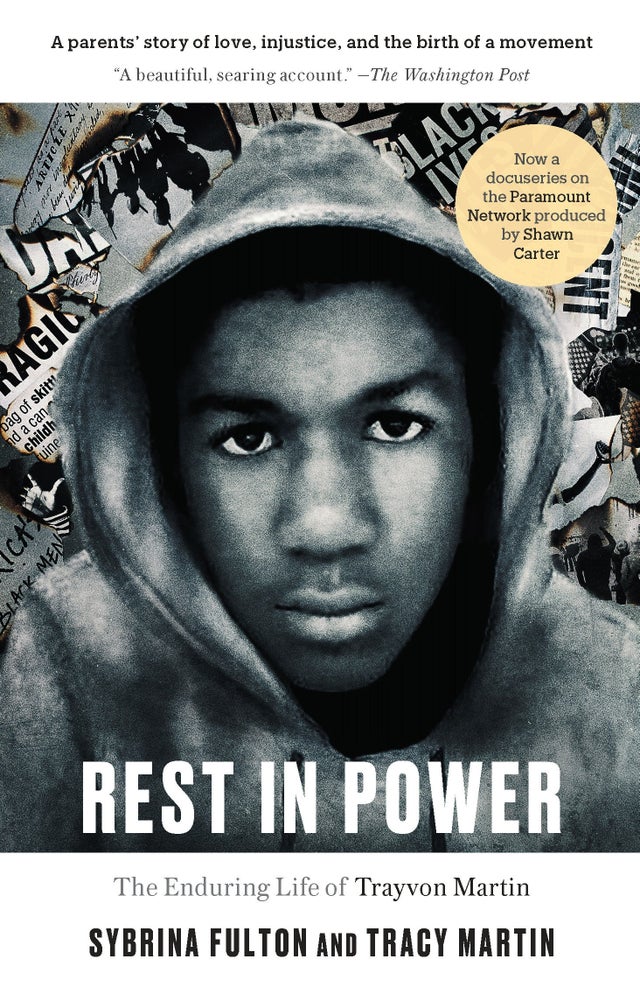 Rest in Power: The Enduring Life of Trayvon Martin

by Sybrina Fulton and Tracy Martin

Trayvon Martin’s parents take readers beyond the news cycle with an account only they could give: the intimate story of a tragically foreshortened life and the rise of a movement.

Now a docuseries on the Paramount Network produced by Shawn Carter

On a February evening in 2012, in a small town in central Florida, seventeen-year-old Trayvon Martin was walking home with candy and a can of juice in hand and talking on the phone with a friend when a fatal encounter with a gun-wielding neighborhood watchman ended his young life. The watchman was briefly detained by the police and released. Trayvon’s father—a truck driver named Tracy—tried to get answers from the police but was shut down and ignored. Trayvon’s mother, a civil servant for the city of Miami, was paralyzed by the news of her son’s death and lost in mourning, unable to leave her room for days. But in a matter of weeks, their son’s name would be spoken by President Obama, honored by professional athletes, and passionately discussed all over traditional and social media. And at the head of a growing nationwide campaign for justice were Trayvon’s parents, who—driven by their intense love for their lost son—discovered their voices, gathered allies, and launched a movement that would change the country.

Five years after his tragic death, Trayvon Martin’s name is still evoked every day. He has become a symbol of social justice activism, as has his hauntingly familiar image: the photo of a child still in the process of becoming a young man, wearing a hoodie and gazing silently at the camera. But who was Trayvon Martin, before he became, in death, an icon? And how did one black child’s death on a dark, rainy street in a small Florida town become the match that lit a civil rights crusade?

Rest in Power, told through the compelling alternating narratives of Sybrina Fulton and Tracy Martin, answers, for the first time, those questions from the most intimate of sources. It’s the story of the beautiful and complex child they lost, the cruel unresponsiveness of the police and the hostility of the legal system, and the inspiring journey they took from grief and pain to power, and from tragedy and senselessness to meaning.