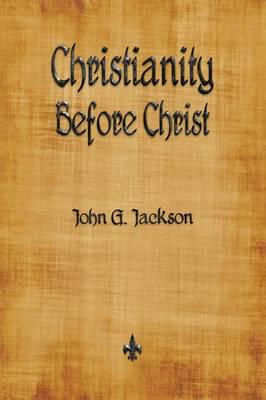 2015 Reprint of 1938 Edition. Full Facsimile of the original edition. Not reproduced with Optical Recognition Software. This early pamphlet is Jackson's first discussion of this important topic, one that he would go on to elaborate upon for the remainder of his life. In it he expounds upon his Afrocentric view that most great ideas had their origin in Africa, especially Egypt. Was there Christianity before Christ? Dr. Jackson explores African culture and reveals how the elements that went into the makings of Christianity did in fact exist thousands of years before the religion 'Christianity' was officially established