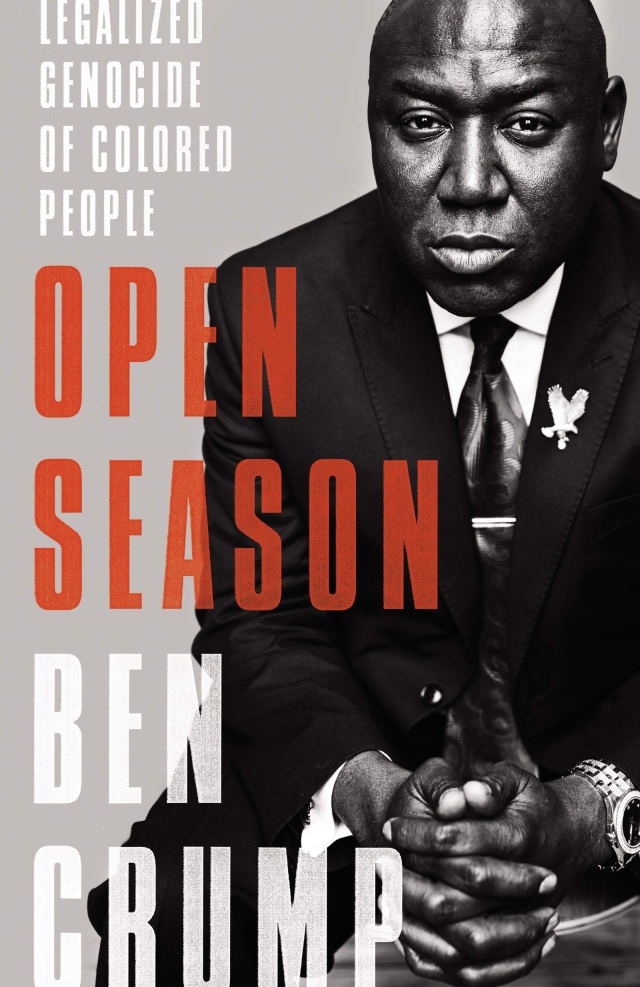 The president of the National Bar Association and one of the most distinguished civil rights attorneys working today reflects on the landmark cases he has battled--including representing Trayvon Martin's family--and offers a disturbing look at how the justice system is used to promote injustice.injustice.

As seen on CBS This Morning, award-winning attorney Ben Crump exposes a heinous truth in Open Season Whether with a bullet or a lengthy prison sentence, America is killing black people and justifying it legally. While some deaths make headlines, most are personal tragedies suffered within families and communities. Worse, these killings are done one person at a time, so as not to raise alarm. While it is much more difficult to justify killing many people at once, in dramatic fashion, the result is the same--genocide.

Taking on such high-profile cases as Trayvon Martin, Michael Brown, and a host of others, Crump witnessed the disparities within the American legal system firsthand and learned it is dangerous to be a black man in America--and that the justice system indeed only protects wealthy white men.

In this enlightening and enthralling work, he shows that there is a persistent, prevailing, and destructive mindset regarding colored people that is rooted in our history as a slaveowning nation. This biased attitude has given rise to mass incarceration, voter disenfranchisement, unequal educational opportunities, disparate health care practices, job and housing discrimination, police brutality, and an unequal justice system. And all mask the silent and ongoing systematic killing of people of color.

Open Season is more than Crump's incredible mission to preserve justice, it is a call to action for Americans to begin living up to the promise to protect the rights of its citizens equally and without question.

Through a steadfast dedication to justice and service, renowned civil rights and personal injury attorney Ben Crump has established himself as one of the nation's foremost lawyers and advocates for social justice. He has worked on some of the most high-profile cases in the U.S., representing the families of Trayvon Martin, Michael Brown, and Stephon Clark, among others. He has been nationally recognized as the 2014 NNPA Newsmaker of the Year, the National Trial Lawyers Top 100 Lawyers, and Ebony Magazine Power 100 Most Influential African Americans. In 2016, he was designated as an Honorary Fellow by the University of Pennsylvania College of Law. He is the founder and principal owner of Ben Crump Law.