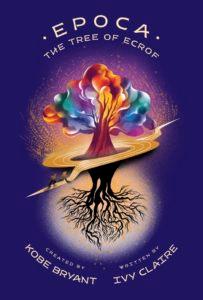 EPOCA: The Tree of Ecrof

Set in an alternate classical world dominated by sports and a magical power called grana, Epoca: Island of the Gods is the story of two children, the lowly born Rovi and the crown princess Pretia who uncover and battle terrible evil and discover their inner strength along the way.

Epoca: Island of the Gods takes place at the most elite sports academy in the land, where the best child-athletes are sent to hone their skills. When Rovi and Pretia arrive, each harboring a secret about themselves, they begin to suspect that something evil is at play at the school. In the course of their first year, they must learn to master their grana in order to save the world from dark forces that are rising.