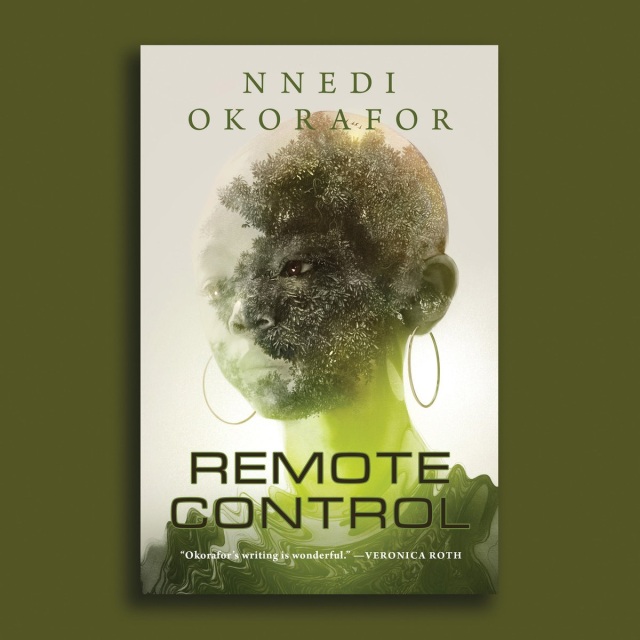 "She's the adopted daughter of the Angel of Death. Beware of her. Mind her. Death guards her like one of its own."The day Fatima forgot her name, Death paid a visit. From hereon in she would be known as Sankofa----a name that meant nothing to anyone but her, the only tie to her family and her past.Her touch is death, and with a glance a town can fall. And she walks--alone, except for her fox companion--searching for the object that came from the sky and gave itself to her when the meteors fell and when she was yet unchanged; searching for answers.But is there a greater purpose for Sankofa, now that Death is her constant companion?

Remote Control is science fiction of the Africanfuturist strain that knows aliens exist, quietly shows how technology is influenced by culture, features a powerful yet deeply-pained female protagonist, and wonders about the role of corporations in rural Africa.

In the shea tree farms of Wulugu, not the big city of Accra. In Remote Control, there are jelli-tellis, tvs made of gelatin that could be stretched and stuck to walls. Prayer Shacks, large walk-in containers with oriental rugs on their floors that block out all wireless networks so that one can truly be alone to pray. Traffic robots controlling intersections that are well-maintained and loved by its villagers. Mobile phones called “windows” that are thin as a card of glass. It’s a familiar world that’s a few steps into the future. And it is African. Ghanaian, to be very specific.

This novella puts us right on the road, walking with a Ghanaian girl who quickly understands her entitlement. You can look around, smell the palm trees and dust, and like Guillermo del Toro’s cinematic masterpiece Pan’s Labyrinth, Remote Control dances above the lines between young adult and adult without a care.

Remote Control will sink into your skin like the purest shea butter.