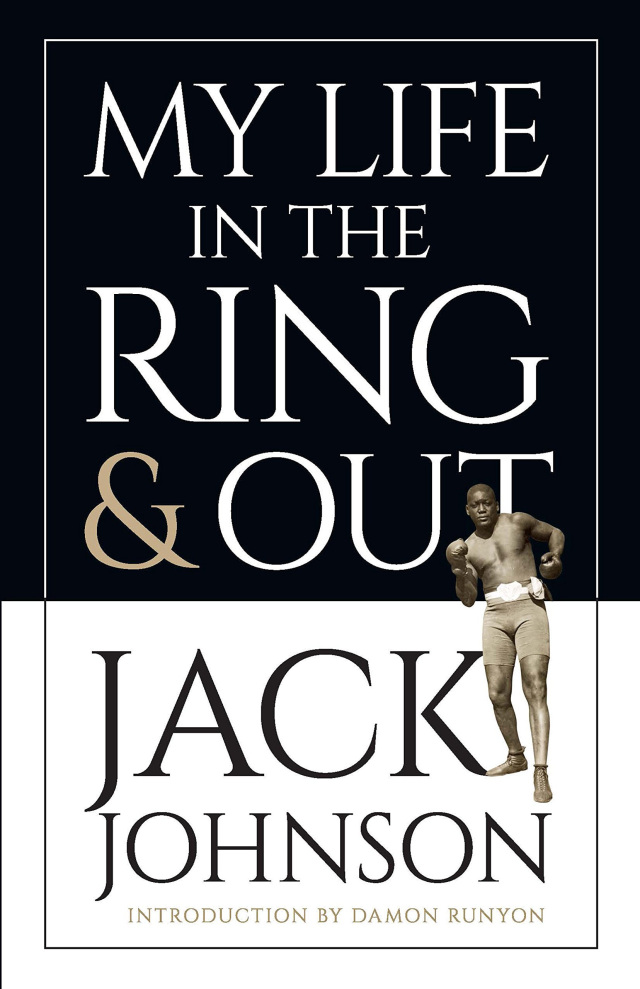 My Life in the Ring & Out by Jack Johnson

The first African American to win the world heavyweight championship, Jack Johnson (1878-1946) was the preeminent American sports personality of his era. Holder of the title from 1908 to 1915, Johnson continued to box professionally until he was in his 60s. His 1910 victory over the formerly undefeated champion James J. Jeffries in "The Fight of the Century" triggered race riots across the country, and racial bias fueled the clamor for his defeat by a "Great White Hope." Johnson was a cultural lightning rod whose professional success and lavish lifestyle attracted both admiration and envy. In this witty and sophisticated memoir, he recounts without bitterness the prejudice, controversies, and scandals that dogged his public and private lives.

Johnson was well known for his exploits beyond the boxing world, and he offers vivid accounts of his international adventures as a bullfighter, race car driver, cabaret entertainer, and spy. His outrageous feats include rescuing a passenger train from murderous bandits in Mexico, chasing a kangaroo across the Australian outback, walking away from five fiery car crashes, and surviving revolutions in Spain, Brazil, Cuba, and elsewhere. The only edition of Johnson's autobiography currently in print, this volume features 16 full-page illustrations and an introductory article by Damon Runyon.