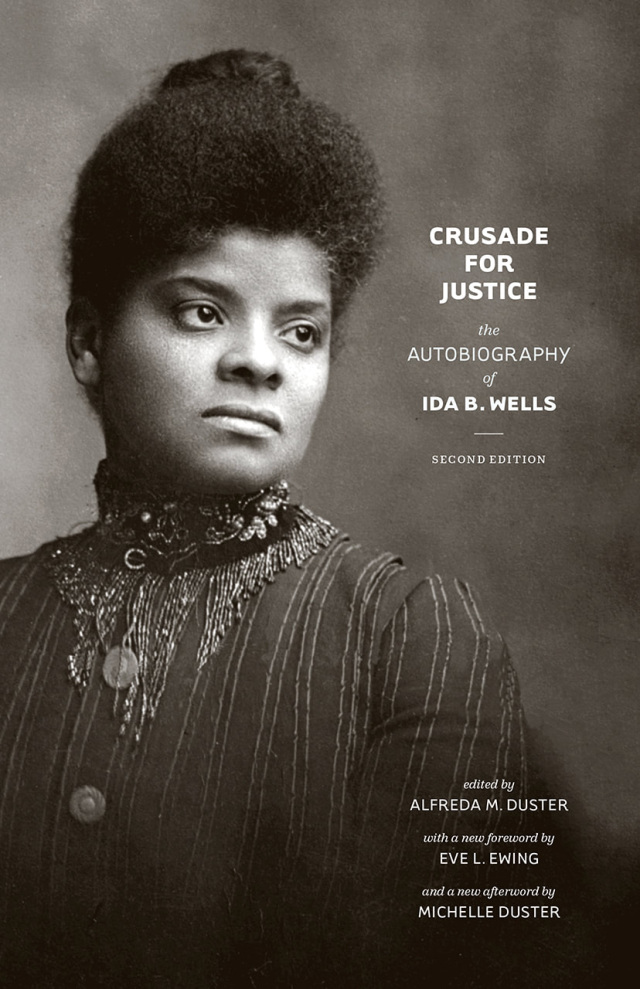 Crusade for Justice, an Autobiography of Ida B. Wells (2nd ed) by Ida B. Wells, Alfreda Duster (Ed)

Crusade for Justice, an Autobiography of Ida B. Wells ,

"Ida B. Wells (1862-1931) is now a Chicago icon and a shining example of fearless grit and truth-telling. Born into slavery, she lost both parents at the age of sixteen and supported five siblings by teaching school. As perhaps the first investigative journalist, she crusaded against lynching and for women's suffrage. She worked with Frederick Douglass and Susan B. Anthony; she co-founded the NAACP and started the Alpha Suffrage Club here in Chicago; she is the first African American woman to have a street named after her in Chicago. This autobiography, edited by Ida B.'s daughter, Afreda Duster, was first published 1970 in a series edited by John Hope Franklin. Alfreda's daughter, Michelle Duster, who has spent years championing her grandmother's memory, has provided a new afterword. We are bringing out the Second Edition to mark the centennial (June, 2020) of Illinois ratifying the 19th amendment, giving women the vote. Wells was active in the suffrage movement. The new edition of "Crusade for Justice, an Autobiography of Ida B. Wells "has been re-designed and includes four new halftones and a new foreword by Eve Ewing"--