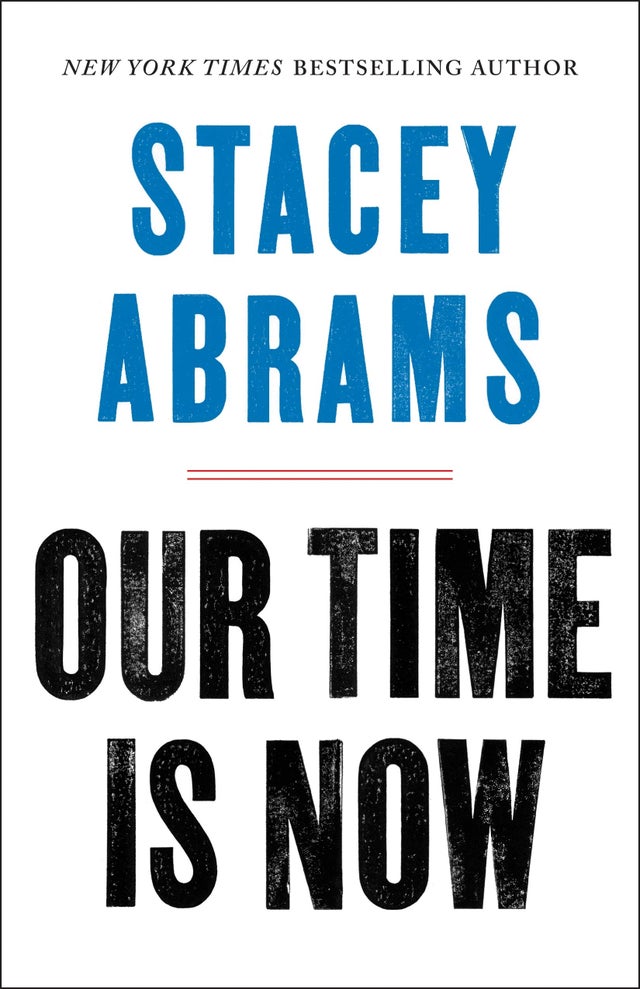 OUR TIME IS NOW: POWER, PURPOSE, AND THE FIGHT FOR A FAIR AMERICA BY STACEY ABRAMS

"Voter suppression has plagued America since its inception, and so has the issue of identity--who is really American and what that means. When tied together, as they are in our modern politics, citizens are harmed in overt, subtle, and even personal ways. Stacey Abrams experienced the effects firsthand, running one of the most unconventional races in modern politics as the Democratic nominee for the governorship in Georgia and the first black woman major party nominee in American history. Abrams did not become governor, but she will not concede. And the reason she won't is because democracy failed voters ... Suppression and identity altered the 2016 presidential election--and will do the same in 2020. But progress can win, and here Abrams lays out how ... [she] draws on extensive national research from her voter rights organization, Fair Fight Action, and her 2020 Census effort, Fair Count, as well as moving and personal anecdotes from her own life ... [and] those who have fought for the vote and the right to be seen throughout our nation's history, linking them with how law and policy deny real political power"--