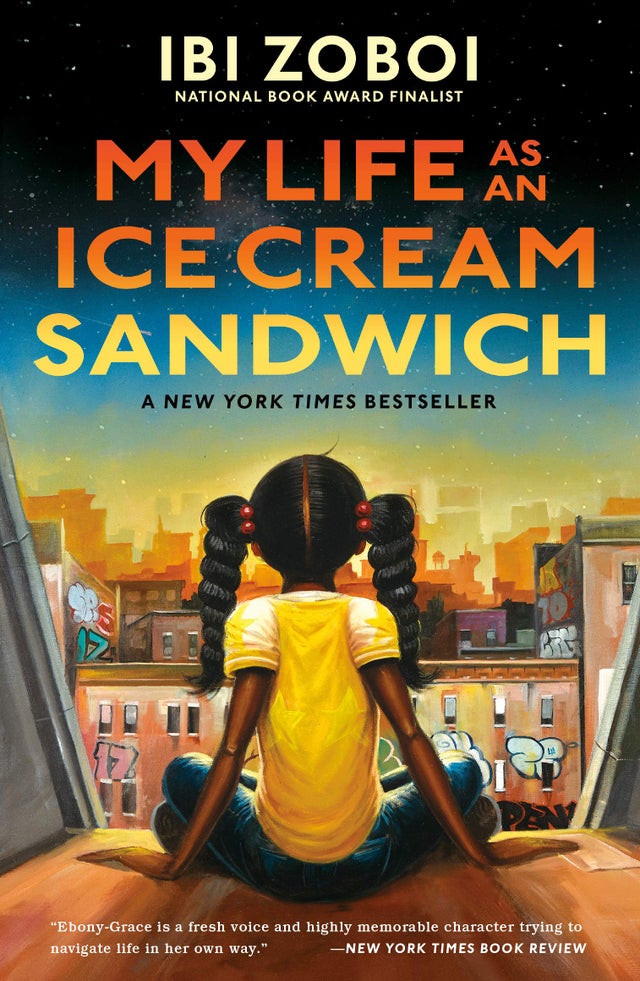 My Life as an Icecream Sandwich by Ibi Zoboi

Ibi Zoboi is a New York Times-bestselling author of books for children and young adults. Her debut novel, American Street, was a finalist for the National Book Award. She holds an MFA from the Vermont College of Fine Arts. Born in Haiti and raised in New York City, she now lives with her family in New Jersey.

A New York Times Bestseller"[Ebony-Grace's] boundless faith in her dreams also brings to mind another high-flying science enthusiast who once advised, 'Never be limited by other people's imaginations.' That speaker was Mae C. Jemison, an engineer, medical doctor, astronaut, and the first African American woman to go into space."-- New York Times Book Review"Filled with rich imaginative scenes and comics-style illustrations, this book will truly transport its readers to another world."- -Booklist"Highlights the importance of imagination and learning to celebrate what it means to be different in a world that demands conformity."- -Horn Book"Zoboi excels at resurrecting 1980s Harlem in her middle grade debut, expertly sprinkling in nostalgia-fueled references to break dancing, rap battles, and the rise of female MCs."-- Publishers Weekly

National Book Award-finalist Ibi Zoboi makes her middle-grade debut with a moving story of a girl finding her place in a world that's changing at warp speed. Twelve-year-old Ebony-Grace Norfleet has lived with her beloved grandfather Jeremiah in Huntsville, Alabama ever since she was little. As one of the first black engineers to integrate NASA, Jeremiah has nurtured Ebony-Grace's love for all things outer space and science fiction--especially Star Wars and Star Trek. But in the summer of 1984, when trouble arises with Jeremiah, it's decided she'll spend a few weeks with her father in Harlem. Harlem is an exciting and terrifying place for a sheltered girl from Hunstville, and Ebony-Grace's first instinct is to retreat into her imagination. But soon 126th Street begins to reveal that it has more in common with her beloved sci-fi adventures than she ever thought possible, and by summer's end, Ebony-Grace discovers that Harlem has a place for a girl whose eyes are always on the stars.