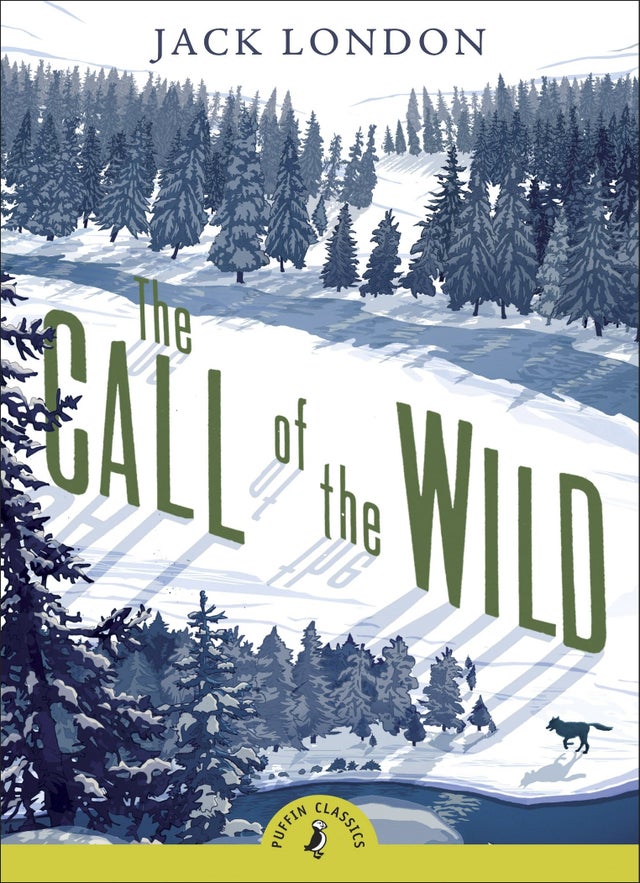 The Call of the Wild by Jack London

The adventures of an unusual dog, part St. Bernard, part Scotch shepherd, that is forcibly taken to the Klondike gold fields where he eventually becomes the leader of a wolf pack.

Jack London (1876-1916) was born John Chaney in Pennsylvania, USA and despite a lack of education in his childhood, and a variety of odd jobs, he always maintained his love of books. In 1896 he was caught up in the gold rush to the Klondike river in north-west Canada which became the inspiration for his story, The Call of the Wild, published in 1903, and followed by White Fang in 1906. Jack London became one of the most widely read writers in the world.

This work tells the tale of a dog's fight for survival in the harsh and frozen Yukon. Born into luxury but sold as a sledge dog, he rises above all his enemies to become one of the most feared and admired dogs in the north.

Life is good for Buck in Santa Clara Valley, where he spends his days eating and sleeping in the golden sunshine. But one day a treacherous act of betrayal leads to his kidnap, and he is forced into a life of toil and danger. Dragged away to be a sledge dog in the harsh and freezing cold Yukon, Buck must fight for his survival. Can he rise above his enemies and become the master of his realm once again? With an inspirational introduction by award-winning author Melvyn Burgess, The Call of the Wild is one of the twenty wonderful classic stories being reissued in Puffin Classics in March 2015.