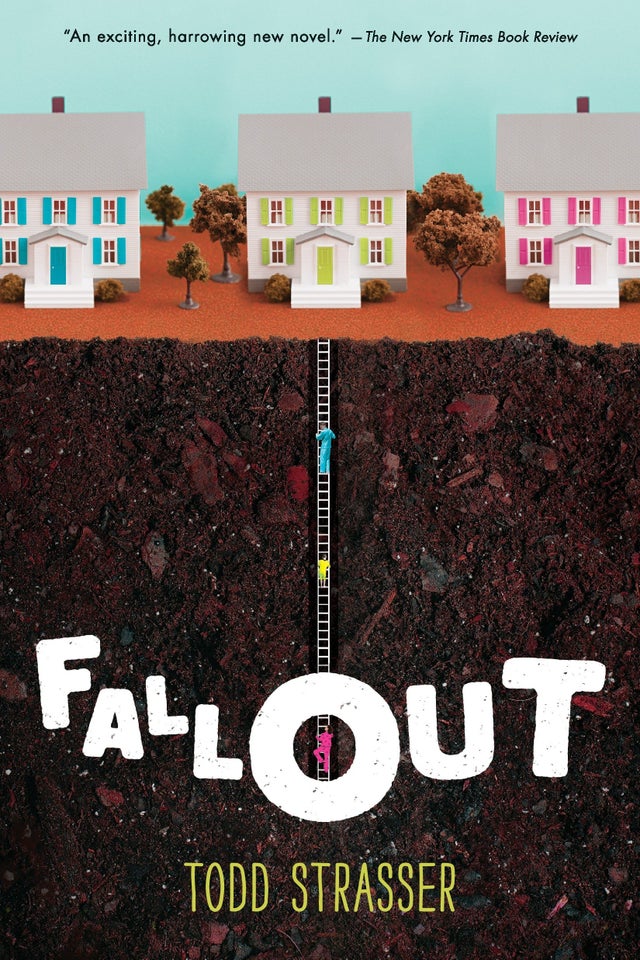 Tweens and teens will enjoy reading the fast-paced novel about Scott and his pranks, as well as understand the reason bomb shelters were built in the 1960s.

--Library Media Connection[A] gripping and superbly constructed novel for sophisticated young readers... There's not a word out of place in this evocative book... Mr. Strasser's skill at ratcheting up the tension is, if anything, exceeded by his ability to conjure midcentury ways of thinking...

--The Wall Street JournalImmerse yourself in our country's past - 1962 to be exact. Become quietly enthralled in Fallout by Todd Strasser with what could've been - had the bombed been dropped.

"Combines terrific suspense with thoughtful depth. . . . Riveting." -- Kirkus Reviews (starred review)In the summer of 1962, the possibility of nuclear war is all anyone talks about. But Scott's dad is the only one in the neighborhood who actually builds a bomb shelter. When the unthinkable happens, neighbors force their way into the shelter before Scott's dad can shut the door. With not enough room, not enough food, and not enough air, life inside the shelter is filthy, physically draining, and emotionally fraught. But even worse is the question of what will -- and won't -- remain when the door is opened again.