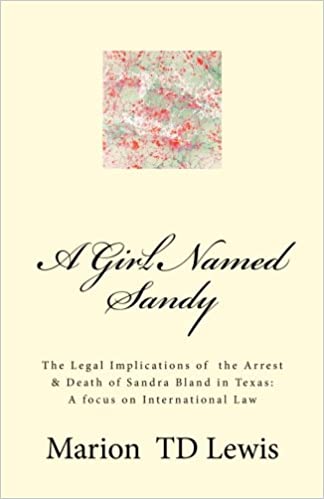 Fewer than 100 pages, this book uses story-telling techniques to discuss what the author calls a "Legal Cautionary Tale Based on the Death of Sandra Bland," a young woman from Villa Park Illinois who died in police custody in Texas in 2015. The book is quasi-biographical but also focuses on American domestic law as well as international treaties, including the International Covenant on Civil and Political Rights, a treaty ratified by the United States in 1992, that are implicated in cases such as the Sandra Bland's case.