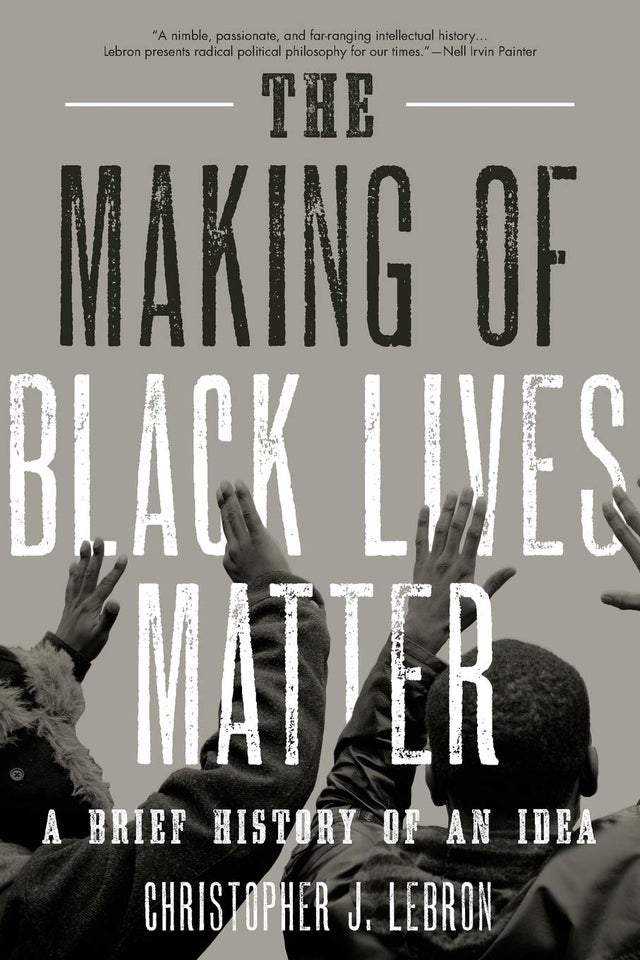 "Injecting historical and philosophical perspective into the country's contemporary racial quagmire, Lebron offers readers a glimpse of the intellectual roots of African Americans continual fight for respect and equality. His call to join a historically momentous generational force demanding change also offers readers direction on how to become part of a solution."-- Library Journal

"If you want to understand the urgency of #BlackLivesMatter you need Christopher J. Lebron's excellent The Making of Black Lives Matter: A Brief History of an Idea, a nimble, passionate, and far-ranging intellectual history. Through testimony in art and in letters, Lebron presents radical political philosophy for our times."--Nell Irvin Painter, author of The History of White People

" The Making of Black Lives Matter offers a powerful, timely, and necessary intellectual meditation on the roots of the most important social movement of the 21st century. Christopher Lebron's cri de coeur challenges activists, institutions, and Americans of all backgrounds to reimagine the contours and possibilities of racial justice from antebellum slavery to the streets of Ferguson, Missouri."--Peniel E. Joseph, author of Stokely: A Life

"Christopher Lebron's short, incisive book examines the racialised violence that defines US history: from the overt violence of slavery to the racial segregation of Jim Crow legislation, from white supremacist lynchings to the covert white privilege of society today. Lebron never sets out to provide a historical assessment of Black Lives Matter but contextualises the movement within black political and ethical thought, while lauding the achievements of people who have maintained their morals and dignity in the face of oppression and violence."-- Times Higher Education

Introduction: Naming the Dead In the Name of the Living

Chapter 2: Cultural Control against Social Control: The Radical Possibilities of the Harlem Renaissance

Chapter 3: For Our Sons, Daughters, and All Concerned Souls

Chapter 4: Where Is the Love? The Hope for America's Redemption

Chapter 5: The Radical Lessons We Have Not Yet Learned

Christopher J. Lebron is Associate Professor of Philosophy at Johns Hopkins University. He is the author of The Color of Our Shame: Race and Justice in Our Time, and is a frequent contributor to The New York Times and the Boston Review.

Started in the wake of George Zimmerman's 2013 acquittal in the death of Trayvon Martin, the #BlackLivesMatter movement has become a powerful and uncompromising campaign demanding redress for the brutal and unjustified treatment of black bodies by law enforcement in the United States. The movement is only a few years old, but as Christopher J. Lebron argues in this book, the sentiment behind it is not; the plea and demand that "Black Lives Matter" comes out of a much older and richer tradition arguing for the equal dignity -- and not just equal rights -- of black people.The Making of Black Lives Matter presents a condensed and accessible intellectual history that traces the genesis of the ideas that have built into the #BlackLivesMatter movement. Drawing on the work of revolutionary black public intellectuals, including Frederick Douglass, Ida B. Wells, Langston Hughes, Zora Neal Hurston, Anna Julia Cooper, Audre Lorde, James Baldwin, and Martin Luther King Jr., Lebron clarifies what it means to assert that "Black Lives Matter" when faced with contemporary instances of anti-black law enforcement. He also illuminates the crucial difference between the problem signaled by the social media hashtag and how we think that we ought to address the problem. As Lebron states, police body cameras, or even the exhortation for civil rights mean nothing in the absence of equality and dignity. To upset dominant practices of abuse, oppression and disregard, we must reach instead for radical sensibility. Radical sensibility requires that we become cognizant of the history of black thought and activism in order to make sense of the emotions, demands, and arguments of present-day activists and public thinkers. Only in this way can we truly embrace and pursue the idea of racial progress in America.