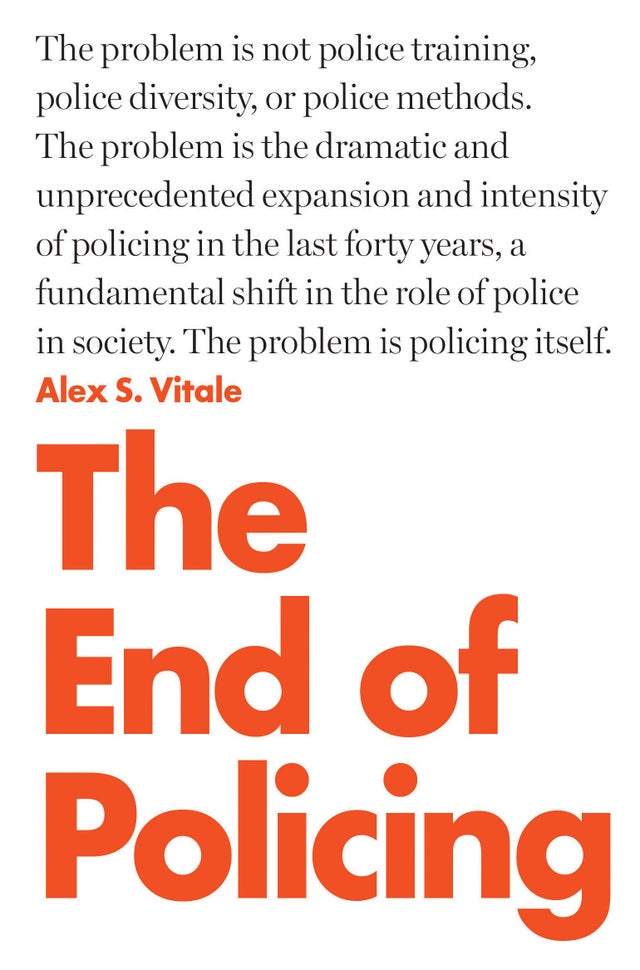 The End of Policing by Alex Vitale

" The End of Policing's great strength lies in demonstrating that if the shape of American policing is historical, it is also contingent. We could have made different choices regarding how we set about securing the public against the array of threats that confront it, and--refreshingly, at this moment of general despair--Vitale believes we still can."

--Adam Greenfield, Los Angeles Review of Books"Offers a compelling digest of the dynamics of crime and law enforcement, and a polemic against the militarization of everything. Vitale calls for a dismantling of our very notion of the police: a sprawling, untethered bureaucracy permitted to use lethal force and unaccountable to the people."

--E. Tammy Kim, Nation"Unfortunately, neither increased diversity in police forces nor body cameras nor better training make any seeming difference. We need to restructure our society and put resources into communities themselves, an argument Alex Vitale makes very persuasively."

--Rachel Kushner, author of The Flamethrowers"A welcome challenge to reformist thinking and a powerful argument against social and economic injustice, inequality and racism."

--London School of Economics Review of Books"Suggests a radical alternative that, on the one hand, abolishes corrupt and lethal police policies designed to contain the racialised poor and, on the other, develops and sustains safer communities."

--Race & Class"A welcome challenge to reformist thinking and a powerful argument against social and economic injustice, inequality and racism."

--LSE Review of Books"Offers a convincing argument that the traditional roles played by police forces have been largely counter-productive."

The problem is not overpolicing, it is policing itself. Why we need to defund the police and how we get there.

Recent weeks have seen an explosion of protest against police brutality and repression. Among activists, journalists and politicians, the conversation about how to respond and improve policing has focused on accountability, diversity, training, and community relations. Unfortunately, these reforms will not produce results, either alone or in combination. The core of the problem must be addressed: the nature of modern policing itself.

This book attempts to spark public discussion by revealing the tainted origins of modern policing as a tool of social control. It shows how the expansion of police authority is inconsistent with community empowerment, social justice-- even public safety. Drawing on groundbreaking research from across the world, and covering virtually every area in the increasingly broad range of police work, Alex Vitale demonstrates how law enforcement has come to exacerbate the very problems it is supposed to solve.

In contrast, there are places where the robust implementation of policing alternatives--such as legalization, restorative justice, and harm reduction--has led to a decrease in crime, spending, and injustice. The best solution to bad policing may be an end to policing.