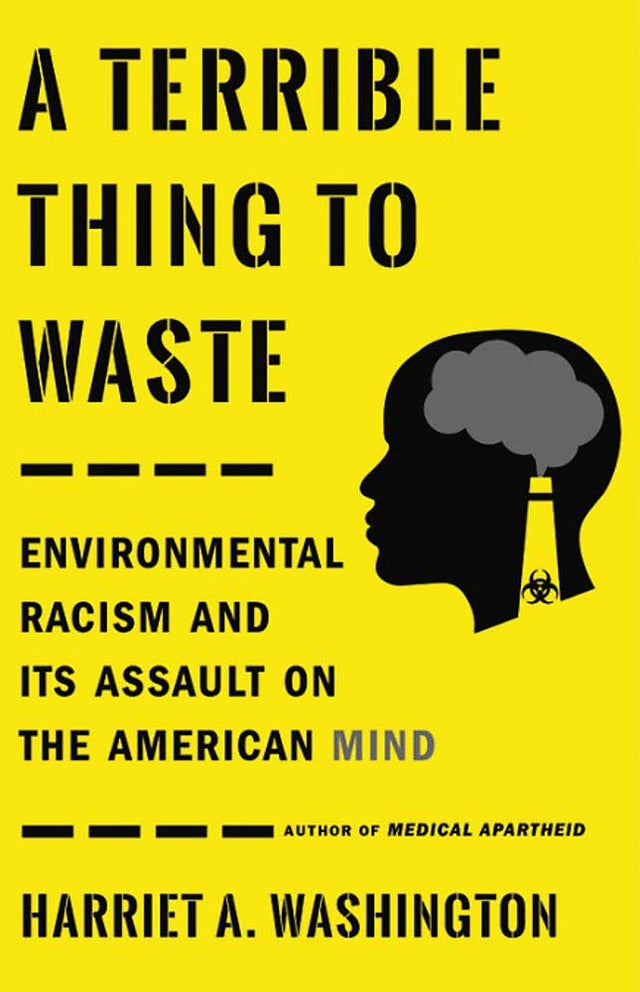 "It's amazing how far you can get if you just study the data. And have a keen analytical mind. And are a gifted reporter. With a sense of social justice. By which I mean, if you are Harriet Washington. She methodically indicts environmental racism and its catastrophic effects, particularly on the cognitive abilities of America's children, a reminder that what we're told is immutable -- our social conditions, our 'intelligence' -- is nothing of the kind. The news she brings is grim, but she leaves the reader feeling not paralyzed by despair but determined to act."-- Randy Cohen, host of Person Place Thing and original author of New York Times Magazine's The Ethicis

" A Terrible Thing to Waste is a powerful and indispensable book for anyone who cares about a just and healthy future for all Americans. Harriet Washington asks the critical questions that get at the heart of racism and inequality in health, income, social welfare and power in 21st century America."-- Gerald Markowitz, author of Lead Wars and Distinguished Professor, John Jay College, CUNY

"An unflinching look at environmental racism in black and brown communities."-- Angela Helm, The Root

A "powerful and indispensable" look at the devastating consequences of environmental racism (Gerald Markowitz) -- and what we can do to remedy its toxic effects on marginalized communities.

From injuries caused by lead poisoning to the devastating effects of atmospheric pollution, infectious disease, and industrial waste, Americans of color are harmed by environmental hazards in staggeringly disproportionate numbers. This systemic onslaught of toxic exposure and institutional negligence causes irreparable physical harm to millions of people across the country-cutting lives tragically short and needlessly burdening our health care system. But these deadly environments create another insidious and often overlooked consequence: robbing communities of color, and America as a whole, of intellectual power.

The 1994 publication of The Bell Curve and its controversial thesis catapulted the topic of genetic racial differences in IQ to the forefront of a renewed and heated debate. Now, in A Terrible Thing to Waste, award-winning science writer Harriet A. Washington adds her incisive analysis to the fray, arguing that IQ is a biased and flawed metric, but that it is useful for tracking cognitive damage. She takes apart the spurious notion of intelligence as an inherited trait, using copious data that instead point to a different cause of the reported African American-white IQ gap: environmental racism - a confluence of racism and other institutional factors that relegate marginalized communities to living and working near sites of toxic waste, pollution, and insufficient sanitation services. She investigates heavy metals, neurotoxins, deficient prenatal care, bad nutrition, and even pathogens as chief agents influencing intelligence to explain why communities of color are disproportionately affected -- and what can be done to remedy this devastating problem.

Featuring extensive scientific research and Washington's sharp, lively reporting, A Terrible Thing to Waste is sure to outrage, transform the conversation, and inspire debate.