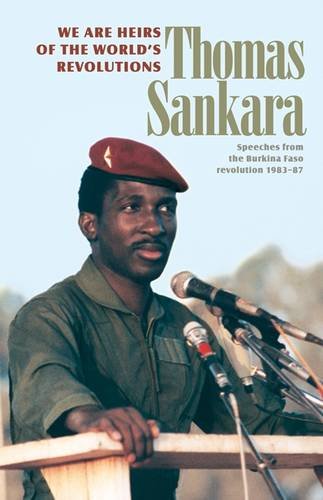 Our revolution in Burkina Faso draws on the totality of man's experiences since the first breath of humanity. We wish to be the heirs of all the revolutions of the world, of all the liberation struggles of the peoples of the Third World. We draw the lessons of the American revolution. The French revolution taught us the rights of man. The great October revolution brought victory to the proletariat and made possible the realization of the Paris Commune's dreams of justice. --Thomas Sankara, October 1984. Thomas Sankara led the revolution of 1983 to 1987 in Burkina Faso. In the five speeches contained in this pamphlet, he explains how the peasants and workers of this West African country established a popular revolutionary government and began to fight the hunger, illiteracy and economic backwardness imposed by imperialist domination, and the oppression of women inherited from millennia of class society. In so doing, they have provided an example not only to the workers and small farmers of Africa, but to those of the entire world.