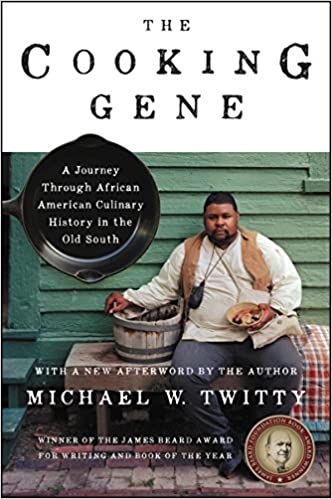 "Twitty ably joins past and present, puzzling out culinary mysteries along the way... An exemplary, inviting exploration and an inspiration for cooks and genealogists alike."-- Kirkus Reviews (starred review)

"Twitty has accomplished something remarkable with The Cooking Gene... It's a book to save, reread, and share until everyone you know has a working understanding of the human stories and pain behind some of America's most foundational and historically significant foods."-- Christian Science Monitor

"Should there ever be a competition to determine the most interesting man in the world, Michael W. Twitty would have to be considered a serious contender."-- Washington Post

"Slavery made the world of our ancestors incredibly remote to us. Thankfully, the work of Michael W. Twitty helps restore our awareness of their struggles and successes bite by bite, giving us a true taste of the past."--Dr. Henry Louis Gates, host of PBS' Many Rivers to Cross and Finding Your Roots

"Written in Michael W. Twitty's no-nonsense style and interlaced with moments of levity, The Cooking Gene is gritty, compelling, and enlightening - a mix of personal narrative and the history of race, politics, economics and enslavement that will broaden notions of African-American culinary identity."--Toni Tipton-Martin, James Beard Award-winning author of The Jemima Code

A renowned culinary historian offers a fresh perspective on our most divisive cultural issue, race, in this illuminating memoir of Southern cuisine and food culture that traces his ancestry--both black and white--through food, from Africa to America and slavery to freedom.

Southern food is integral to the American culinary tradition, yet the question of who "owns" it is one of the most provocative touch points in our ongoing struggles over race. In this unique memoir, culinary historian Michael W. Twitty takes readers to the white-hot center of this fight, tracing the roots of his own family and the charged politics surrounding the origins of soul food, barbecue, and all Southern cuisine.

From the tobacco and rice farms of colonial times to plantation kitchens and backbreaking cotton fields, Twitty tells his family story through the foods that enabled his ancestors' survival across three centuries. He sifts through stories, recipes, genetic tests, and historical documents, and travels from Civil War battlefields in Virginia to synagogues in Alabama to Black-owned organic farms in Georgia.

As he takes us through his ancestral culinary history, Twitty suggests that healing may come from embracing the discomfort of the Southern past. Along the way, he reveals a truth that is more than skin deep--the power that food has to bring the kin of the enslaved and their former slaveholders to the table, where they can discover the real America together.

Michael W. Twitty is a noted culinary and cultural historian and the creator of Afroculinaria, the first blog devoted to African American historic foodways and their legacies. He has been honored by FirstWeFeast.com as one of the twenty greatest food bloggers of all time, and named one of the "Fifty People Who Are Changing the South" by Southern Living and one of the "Five Cheftavists to Watch" by TakePart.com. Twitty has appeared throughout the media, including on NPR's The Splendid Table, and has given more than 250 talks in the United States and abroad. His work has appeared in Ebony, the Guardian, and on NPR.org. He is also a Smith fellow with the Southern Foodways Alliance, a TED fellow and speaker, and the first Revolutionary in Residence at the Colonial Williamsburg Foundation. Twitty lives in Silver Spring, Maryland.