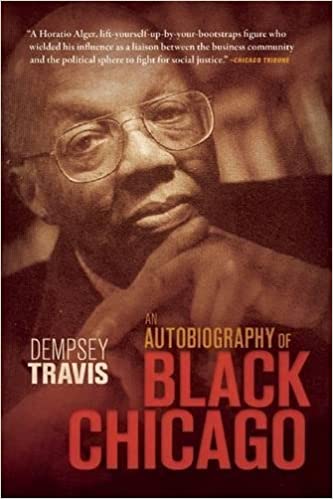 An Autobiography of Black Chicago by Dempsey Travis

Few were more qualified than Dempsey Travis to write the history of African Americans in Chicago, and none would be able to do it with the same command of firsthand sources. This seminal paperback reissue of Travis's best-known work, An Autobiography of Black Chicago, depicts Chicago's African-American community through the personal experiences of Dempsey Travis, his family, and his circle. Starting with Jean Baptiste Point du Sable, who was the first non-Native American to settle on the mouth of the Chicago River, and ending with Travis's own successes leading the city's NAACP chapter, organizing Martin Luther King's first march in the city, and providing equal housing opportunities for black Chicagoans, An Autobiography of Black Chicago is a comprehensive yet intimate history of African Americans in 20th-century Chicago.