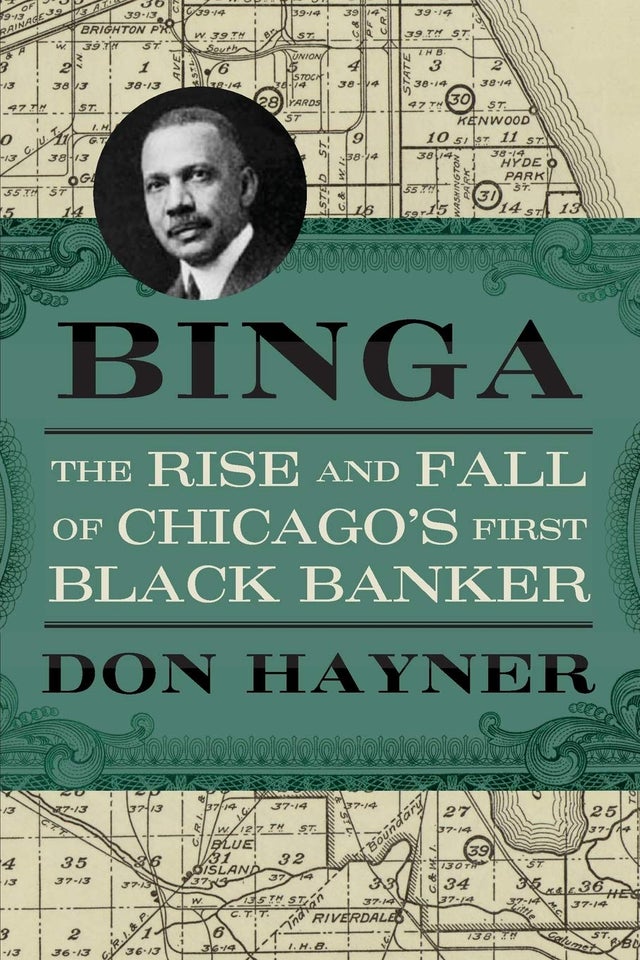 Binga: The Rise and Fall of Chicago's First Black Banker by Don Hayner

Binga is the definitive full-length biography of Jesse Binga, the first black banker in Chicago. Born into a large family in Detroit, Binga arrived in Chicago in 1892 in his late twenties with virtually nothing. Through his wits and resourcefulness, he rose to wealth and influence as a real estate broker, and in 1908 he founded the Binga Bank, the first black-owned bank in the city. But his achievements were followed by an equally notable downfall. Binga

recounts this gripping story about race, history, politics, and finance.

The Black Belt, where Binga's bank was located, was a segregated neighborhood on Chicago's South Side--a burgeoning city within a city--and its growth can be traced through the arc of Binga's career. He preached and embodied an American gospel of self-help and accrued wealth while expanding housing options and business opportunities for blacks. Devout Roman Catholics, he and his wife Eudora supported church activities and various cultural and artistic organizations; their annual Christmas party was the Black Belt's social event of the year. But Binga's success came at the price of a vicious backlash. After he moved his family into a white neighborhood in 1917, their house was bombed multiple times, his offices were attacked twice, and he became a lightning rod for the worst race riots in Chicago history, which took place in 1919. Binga persevered, but, starting with the stock market crash of October 1929, a string of reversals cost him his bank, his property, and his fortune.A quintessentially Chicago story, Binga tells the history of racial change in one of the most segregated cities in America and how an extraordinary man stood as a symbol of hope in a community isolated by racial animosity.