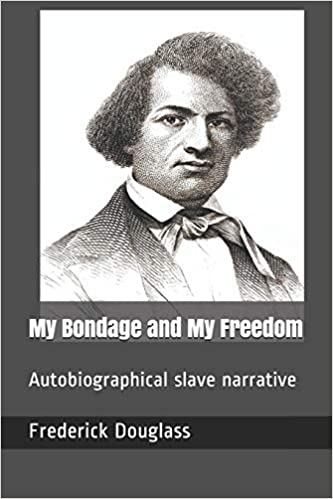 My Bondage and my Freedom, Autobiographical Slave Narrative by Frederick Douglass

My Bondage and My Freedom is an autobiographical slave narrative written by Frederick Douglass and published in 1855. It is the second of three autobiographies written by Douglass, and is mainly an expansion of his first (Narrative of the Life of Frederick Douglass), discussing in greater detail his transition from bondage to liberty. Following this liberation, Douglass, a former slave, went on to become a prominent abolitionist, speaker, author, and publisher.In his foreword to the 2003 Modern Library paperback edition, John Stauffer writes: "My Bondage and My Freedom," [is] a deep meditation on the meaning of slavery, race, and freedom, and on the power of faith and literacy, as well as a portrait of an individual and a nation a few years before the Civil War. As his narrative unfolds, Frederick Douglass