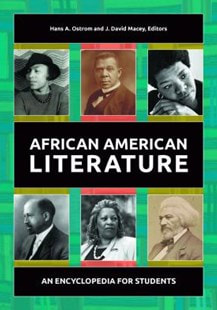 This compact encyclopedia, aimed at students, selects the most important authors, literary movements, and key topics for them to know.

Entries cover the most influential and highly regarded African American writers, including novelists, playwrights, poets, and nonfiction writers. The book covers key periods of African American literature--such as the Harlem Renaissance, the Black Arts Movement, and the Civil Rights Era--and touches on the influence of the vernacular, including blues and hip hop.

The volume provides historical context for critical viewpoints including feminism, social class, and racial politics. Entries are organized A to Z and provide biographies that focus on the contributions of key literary figures as well as overviews, background information, and definitions for key subjects.