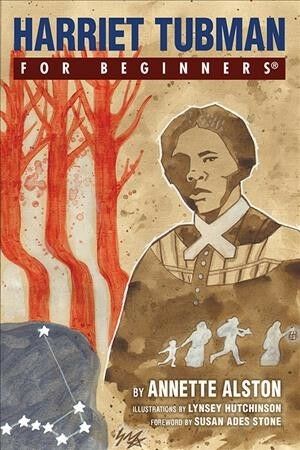 As the most famous conductor on the Underground Railroad, escaped slave Harriet Tubman earned the nickname Moses of her People for leading scores of men, women, and children from bondage to freedom in the North. During the Civil War, she worked as a nurse for wounded soldiers, a caretaker of refugee slaves, and a spy and scout for Union forces. Late in life she was active in the fight for women's suffrage.

Mythologized by many biographers and historians, Tubman was an ordinary but complex woman--tiny but strong, guided by her belief in God and religious visions, yet a tough, savvy leader who the radical abolitionist John Brown admired as the General. In 2016, it was announced that Tubman would become the first woman to appear on US currency--the $20 bill--in over a century.

Drawing on the latest historical research, Harriet Tubman For Beginners portrays a woman who resisted and transcended slavery and fought injustice her entire life. Beyond legend, she made her mark on history by defending core American principles--life, liberty, and the pursuit of happiness--for others.