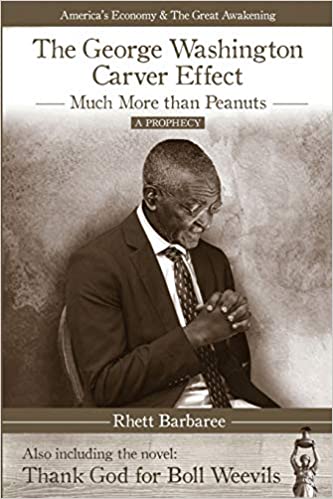 The George Washington Carver Effect: -much more than peanuts- by Rhett Barbaree

What would your reaction be if you were going about your daily tasks and the Lord gave you a prophetic word about the United States? In 2008 that's exactly what happened to a soon to be author named Rhett Barbaree as he was contemplating how to write a novel which would include the well-known historical figure, George Washington Carver. Follow this fascinating story where Rhett and others share a number of prophetic revelations that will not only bring you up to speed about The Great Awakening and God's economic plans for America, but help you understand what specific role each of us are called to play. Once you do, I'm sure you will agree, this is the most exciting time to be alive on planet earth.