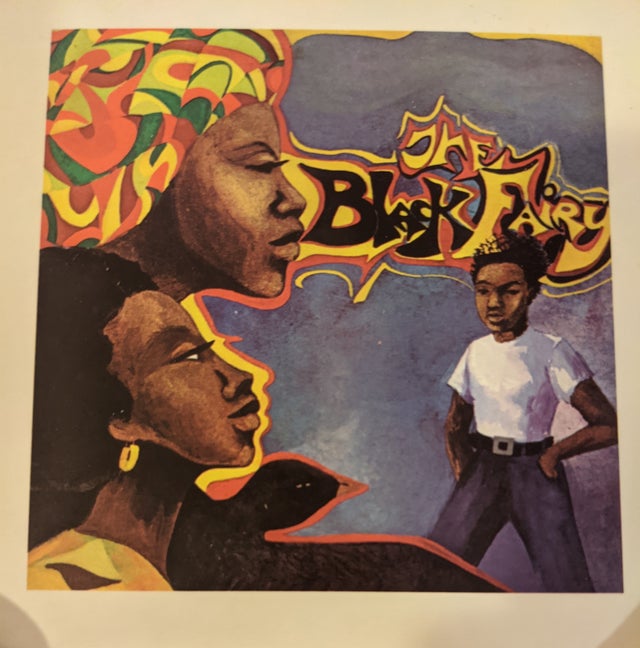 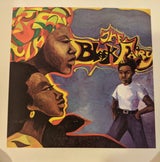 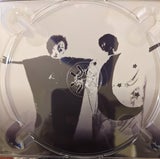 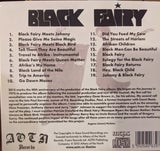 We are honored to be able to offer this rare recording of a performance of the play, "Black Fairy" by Useni Perkins from 1975. The tracks are listed in the pictures provided. It contains the popular track, "Hey Black Child" which has since been recited by many children throughout the years. The book, "Hey Black Child" is also available on our website here.

Your purchase will allow you to digitally download a copy (1 time) of this recording.

Excerpt from inside cover of CD

"Black Fairy" is a fairy tale, but not in the traditional sense. When writing this play, I did not want to re-create the types of fantasies which are so common in children's theater. There is no kind of magic that can relieve Black children from the oppression that retards their development. However, I do feel giving them a better understanding of their heritage can help them achieve their true potential. And those of us who are concerned with their development should try to expose them to knowledge that gives them a p positive sense of identity. Although I do feel a children's play should be entertaining, I also feel it should be educational. Also, because there are so few children's plays which reflect the Black Experience, I wanted to write a play that Black children could identity with.

"Black Fairy" is a musical drama about a Black Fairy who lacks pride in herself and feels she has nothing to offer Black children. But when she meets Black Bird and Queen Mother (who take her to ancient Egypt, East Afrika, a southern slave plantation and the streets of Harlem), she begins to get a better understanding of her heritage. Her journey through the past enables Black Fairy to meet Aesop, Brer Rabbit, Brer Fox, Uncle Remus, Stag-o-lee, Leadbelly, and many other characters in Black folklore and Black history. At the end of her journey, Black Fairy realizes that "being Black is nothing to be ashamed of and is then able to share her knowledge with other Black children. Even though black Fairy doesn't completely resolve her dilemma, having a knowledge of her heritage does give her more confidence to cope with the future.

It is only fair to mention that "Black Fairy" would never have come to life if it were not for the creative directorship of Pemon Rami and the music composed by Tony Llorens and jerry Johnson. These people, more than anyone else, have made Black Fairy the success it has become. I also feel that without the full support of Better Boys Foundation and its Board of Directors, the production and this album would not have been possible. "Black Fairy" was the second play at the LaMont Zeno Community Theater, a cultural program of the Better Boys Foundation, a family agency located in North Lawndale in Chicago."