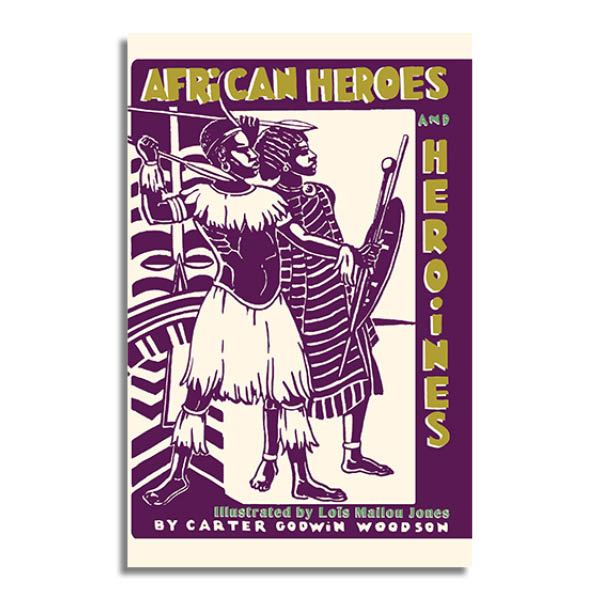 Originally published in 1939 as a counterpoint to the myopic, Eurocentric narrative of African history popular in the West at the time, Carter G. Woodson's African Heroes and Heroines delves into the rich and complex political, military, and economic history of the African continent with the objective eye of a scientific observer. Intended for upper level high-school students, Woodson presents a fair biographical treatment of African leaders through history as figures of equal - if not greater - intelligence, prowess, and strength as the heroic leaders canonized in the histories of other races. While the popular histories of Africa in America had represented Africans as disorganized, unenlightened, and docile, Woodson paints a far more realistic picture of a people who were fiercely resistant to Western imperialism and occupation. Through individual portraits of figures like the Mbundu's Queen Anna Nzinga, Shaka of the Zulu Kingdom, or King Béhanzin of Dahomey, Woodson's work, alongside that of other notable scholars, helped mainstream America move toward a deeper and more complex understanding of Africa's rich history. For academics as well as those interested in an important, if somewhat dated, historical survey of African leaders, African Heroes and Heroines represents an important piece of America's cultural past. Featuring an abundance of rich illustrations by esteemed Harlem Renaissance painter, Lois Mailou Jones, this 2015 re-issued edition is a high quality reprint of the classic text. Historian, author, journalist, and remarkable scholar of many disciplines, Carter G. Woodson is an oft-overlooked but massively important figure in American, and particularly African-American, history. The second African-American man after W.E.B. DuBoise to earn a doctorate degree and the only African-American born of former slaves to earn a PhD, Woodson devoted his life to the study of African and African-American history. Determined to obtain higher education after graduating from Kentucky's Berea College in 1903, Woodson successfully enrolled at the University of Chicago where he earned a bachelor's and master's degree in European history before moving on to defend a PhD in history at Harvard University in 1912. A staunch believer in the power of education to elevate, empower, and unify the working classes and to transform society for the better, Woodson spent many years as a teacher and professor before founding the Association for the Study of Negro Life and History, the accomplishment for which he is perhaps best remembered. Often heralded as the 'father of black history', Woodson's association founded the annual 'Negro History Week' in February 1926, an occasion we continue to celebrate when we observe 'Black History Month' every February.