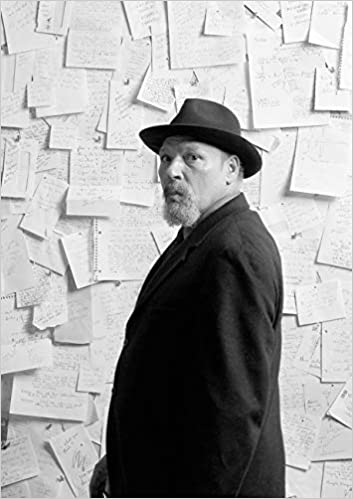 The Ground on Which I Stand by August Wilson

PLEASE NOTE: THE PUBLICATION DATE FOR THIS TITLE IS: 8/10/2021. TITLE WILL SHIP ON OR AFTER THIS DATE. ADDITIONAL SHIPPING CHARGES MAY APPLY IF YOU PURCHASE BEFORE PUBLICATION DATE AND HAVE OTHER ITMES IN YOUR SHOPPING CART. YOU WILL BE NOTIFIED VIA EMAIL.

August Wilson was the most iconic African American playwright of the late-twentieth century, most known for the Century Cycle, a series of ten plays set in the Hill District of Pittsburgh. Of these, Fences earned him a Pulitzer Prize and a Tony Award in 1987, and another Pulitzer Prize in 1990, for The Piano Lesson. In 1996, Seven Guitars premiered on the Broadway stage, followed by King Hedley II in 2001 and Gem of the Ocean in 2004.

August Wilson is considered one of the greatest and most influential American playwrights.The Ground on Which I Stand comprises the text from August Wilson's keynote speech delivered at Theatre Communications Group's 11th biennial conference in June 1996.This speech sparked an impassioned discourse about diversity in the American theatre at the time, leading to a sold-out debate in New York City between Wilson and theatre critic Robert Brustein, moderated by actress Anna Deavere Smith.Wilson's speech is still often cited today in discussions about race, equity, and funding in the theatre field.Publication of this new edition marks the 25th anniversary of Wilson's keynote speech.This special edition will have a french fold cover.

"What we do now becomes history by which our grandchildren will judge us." August Wilson's words, delivered in a speech at Theatre Communications Group's conference in June 1996, remain as vital and relevant today as they did 25 years ago.

Fierce and passionate, The Ground on Which I Stand is Wilson's eloquent, personal call for African American artists to seize the power over their own cultural identity and to establish permanent institutions that celebrate and preserve the singular achievements of African American dramatic art and reaffirm its equal importance in contemporary American culture. It is an urgent appeal for an overhaul to the established system in order to provide equitable access and influence throughout the field.

Delivered as the keynote address at TCG's conference, this speech refocused the agenda of the entire convening and spurred months of debate about cultural diversity in the American theatre, culminating in a standing-room-only public debate at New York City's Town Hall. This 25th anniversary edition celebrates Wilson's legacy and acts as an essential reminder of the work that still needs to be done.