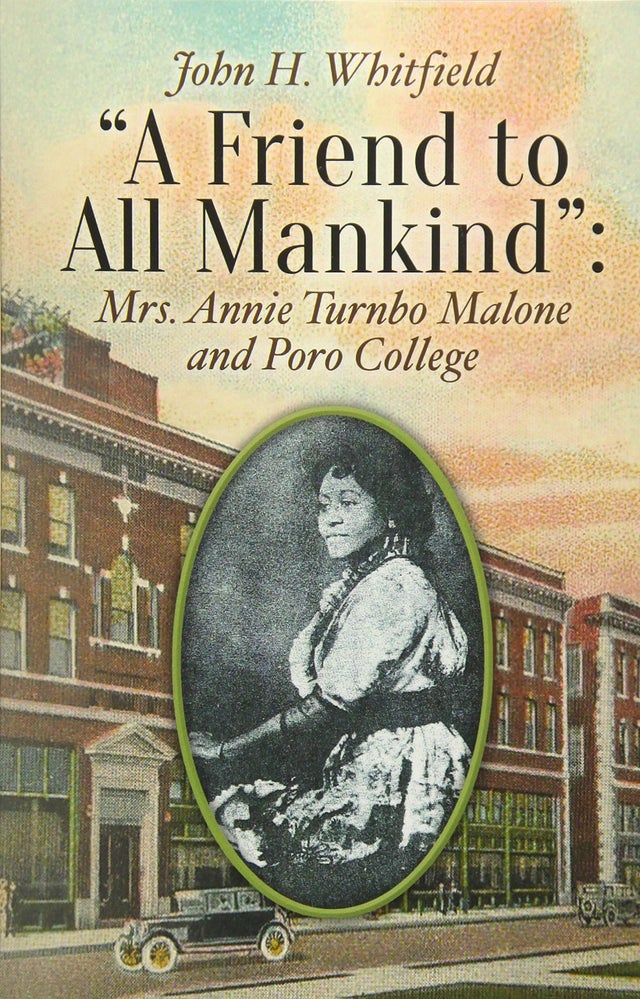 "A Friend to All Mankind": Mrs. Annie Turnbo Malone and Poro College by John H. Whitfield

"This is a story that was never to be told! A young woman and her sister's dream and how it became a reality. Annie and Laura Turnbo began the journey that became Poro Beauty College among their neighbors and family in rural southern Illinois at the turn of the 20th century. Within two decades Poro College and Poro beauty products had become a household name among thousands of African American women and one of the leading beauty and cosmetic brands in the nation. Poro College in St. Louis and later on in Chicago trained and employed thousands of women and men across America and around the globe. Poro College pioneered the exploration of the importance of hygiene in women's health and beauty care. Mrs. Malone also employed the medium of mail-order sales to expand Poro's distribution and exposure to a growing clientele. Among the many students who were trained at Poro College and served in its employ was famed beauty culturist Madam C.J. Walker. The story of Mrs. Annie Turnbo Malone and Poro College is one of the most compelling sagas in American business history and one which chronicles the ingenuity of one woman's quest to improve the lives of thousands."