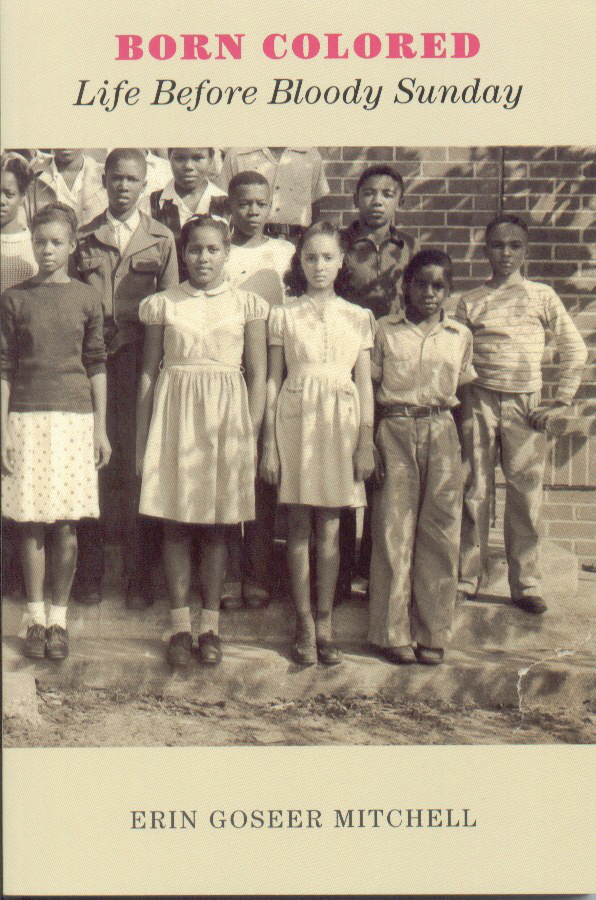 Autographed copies available.  9780976123521.  When I was writing the chapter, "A Year at Grandma's," I was thinking of her making soup while she did the washing. Grandma added leftovers, vegetables from her garden, and hands full of odds and ends from her cabinets to make soup - a real mixture of ingredients.

My mind kept going to words related to soup such as simmering, bubbling, brewing, and the eventual boiling over. I could see that soup spilling all through the South. The "boiling over" on Bloody Sunday was, I feel, a result of years and years of injuries, both emotional and physical.

It was the first attempt of the Civil Rights Movement to march from Selma to Montgomery to establish voters' rights. The date was March 7, 1965. On that day, 200 state troopers with tear gas, billie clubs, and whips beat 500 marchers and turned them around. The terrible, bloody, violent scenes got national news coverage.

Two weeks later, on March 21, thousands of black and white people from all over the country tried again. They marched peacefully, ending in Montgomery. Immediately thereafter, Lyndon B. Johnson asked Congress to expedite passage of Civil Rights legislation that eliminated barriers to the right to vote.

This is the story of generations of one colored family living in Alabama and Georgia prior to 1965.