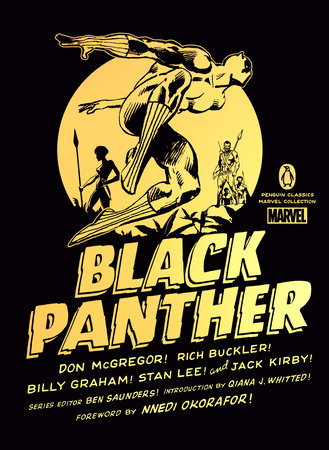 The UNSIGNED edition of this book (without poster) of this item can be found here. Posters are not being made available separately.

Marvel and Penguin Classics has a promotion for the new hardcover and trade paper Penguin classic editions of Black Panther which includes a gold foil limited editon poster. WE are able to offer a SIGNED COPY of the book with Nnedi Okorafor's signature with doodles on the edges of the 416 page book! Okorafor wrote a 4 page foreword to it.